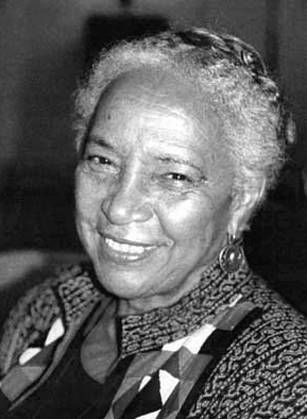 Lawrence was born in New York City, New York, on August 19, 1914, the second child of Mary Elizabeth Smith Morgan, a schoolteacher, and Sandy Alonzo Morgan, an Episcopal minister. Two years earlier, the Morgans had had a baby boy whom they called “Candy Man.” Born with a congenital illness, their son lived only eleven months, but his “presence” in the Morgan family was palpable and had an indelible influence on Lawrence’s early psychological life and the trajectory of her career.

Lawrence grew up in Vicksburg, Mississippi, where she attended the Vicksburg Industrial School and Vicksburg’s Magnolia High School. By age fourteen, she knew she wanted to be a doctor. For better schooling, she returned to New York, where she lived with extended family and finished her secondary studies at Wadleigh High School for Girls in Harlem.

In 1932, at age eighteen, the National Council of the Episcopal Church awarded Lawrence a scholarship to attend Cornell’s College of Arts and Sciences. She completed her undergraduate degree in 1936. Although initially discouraged when she was not accepted to Cornell Medical School, she pursued her career instead at Columbia College of Physicians and Surgeons for medical school, graduating in 1940. With encouragement from Charles Drew, the only African American physician on Columbia’s faculty, Lawrence went on to a pediatric internship at Harlem Hospital.

On June 5, 1938, in her second year of medical school, Lawrence married Charles Radford Lawrence II, a teacher and political activist who became a sociology professor and leader in the Episcopal Church. The couple had three children: Charles R. Lawrence III, an attorney in San Francisco; Dr. Sara Lawrence-Lightfoot, a Harvard sociologist; and Rev. Paula Lawrence-Wehmiller of Swarthmore, Pennsylvania.

Lawrence earned a Master of Public Health at Columbia in 1943, working with Dr. Benjamin Spock. From 1943 to 1946, she taught pediatrics and public health at Meharry Medical College in Nashville, Tennessee.

Lawrence spent more than two decades as chief of the Developmental Psychiatry Service for Infants and Children at Harlem Hospital; she was in private practice and an associate clinical professor of psychiatry at Columbia University Medical School, all the while a community activist and member of the Peace Fellowship of the Episcopal Church.

Dr. Lawrence had moved to Boston to be closer to her daughter, where she lived at an assisted living facility. She passed away on December 4, 2019. She was 105 years old. She is survived by her three children, six grandchildren, and four great-grandchildren.