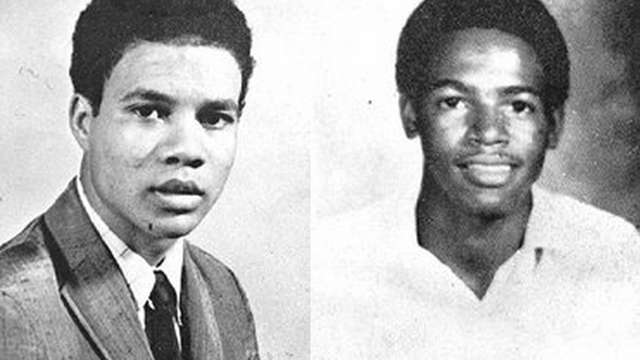 On May 14, 1970, around 9:30 pm, a group of African American high school and college students gathered just off campus and began rioting in response to a false rumor that Fayette, Mississippi mayor Charles Evers, the brother of slain civil rights activist Medgar Evers, and his wife, Nannie Evers, were assassinated.  Several white motorists called Jackson Police Department to complain about the African-American rioters throwing rocks at them as they drove by the campus on Lynch Street. The young protesters also started fires and overturned a dump truck.

Seventy-five policeman and Mississippi State Police officers arrived to control the crowd. At around 12:05 a.m. on May 15, 1970, the police opened fire on the crowd, and twenty-one-year-old Phillip Lafayette Gibbs and seventeen-year-old James Earl Green were killed. Gibbs was a junior pre-law major at Jackson State and father of an eighteen-month-old son; Green was a senior at Jim Hill High School in Jackson.

The reasons behind the police opening fire on the students continue to be disputed. Some students said the police issued a warning that they would shoot unless the crowd dispersed. When the protesters did not leave, they opened fire. However, others contended that the police abruptly opened fire on the crowd and on Alexander West Hall, a Jackson State dormitory, directly behind the students. Police claimed they shot at the dormitory because they spotted a powder flare on the third floor of the building and thus fired on the dormitory in self-defense.

On June 13, 1970, the President’s Commission on Campus Unrest was created by President Richard Nixon to investigate the shootings at Kent State and Jackson State.  The commission held its first meeting on June 25, 1970 in Washington, D.C. and then conducted public hearings in Jackson, Mississippi, Kent Ohio, and Los Angeles, California for thirteen days. During the hearings, the administration, faculty, staff, and students testified, along with police and National Guard officials.  Although the commission criticized both police in Jackson and National Guard commanders in Ohio, no arrests were made in either incident.

The Jackson City Council voted to close Lynch Street. The Gibbs-Green Plaza was constructed Alexander West Hall Center.  The Gibbs-Green Monument, a permanent memorial to the slain students, is located in the plaza.