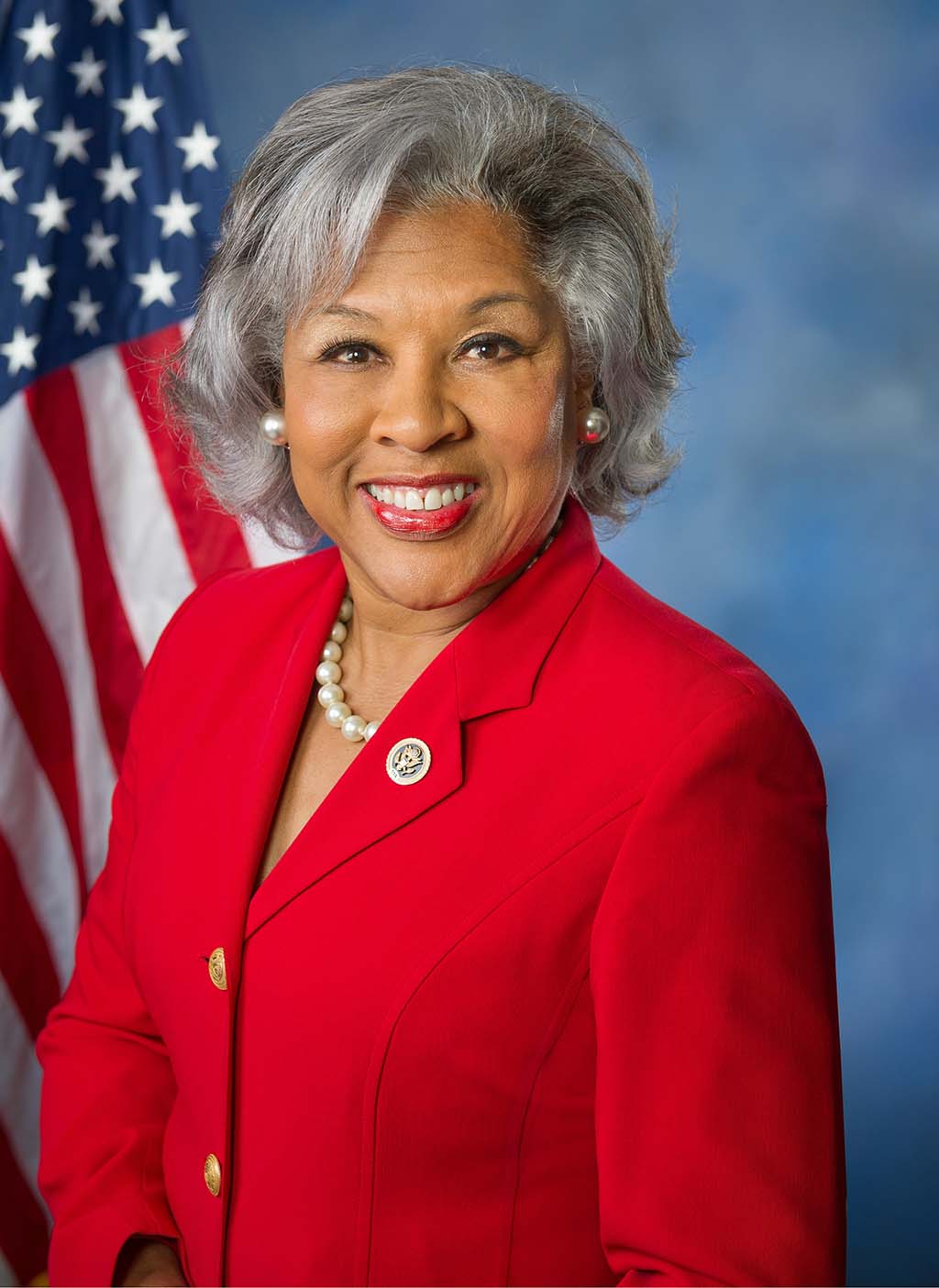 Congresswoman Joyce Beatty, who represents Ohio’s 3rd congressional district, is a former consultant and business owner. She was the first woman Democratic House Leader in Ohio House of Representatives.

Representative Beatty was born Joyce Birdsong Hannah on March 12, 1950, in Dayton, Ohio to a brick mason father and a stay-at-home mom. Her family integrated her Dayton neighborhood, and she graduated from Nettie Lee Roth High School only three years removed from segregation. Beatty received a Bachelor of Arts in speech from Central State University in 1972 and a Master of Science in counseling psychology from Wright State University in 1974.

She credits Jesse Jackson’s 1984 Democratic National Convention speech with sparking her interest in politics, but it was her husband’s desire to leave his seat that catapulted her onto the political scene. In 1999, longtime State Representative Otto Beatty, Jr. resigned before his term ended and his wife was appointed to his 21st House District seat. She won a full term in 2000 and continued to win, even after redistricting moved her into the 27th district.

While Senior Vice-President for Outreach and Engagement at Ohio State University, Beatty was lured back to politics and on November 6, 2012, she was elected to the United States House of Representatives from Ohio’s 3rd Congressional District.

Beatty sits on the prestigious House Committee on Financial Services and serves on three Subcommittees: Housing, Community Development and Insurance, and Oversight and Investigations. The Financial Services Committee oversees the entire financial services industry, including the nation’s banking, securities, insurance, and housing industries, as well as the work of the Federal Reserve, the United States Department of the Treasury and the United States Securities and Exchange Commission.

As the chair of the Subcommittee on Diversity and Inclusion, which was created in 2019, she leads the effort to ensure the financial services industry supports all Americans. During her tenure in the House, she has had several pieces of legislation signed into law, including two measures to combat human trafficking.

Outside of her committee and numerous caucus memberships, Congresswoman Beatty is an active member of Delta Sigma Theta Sorority. She is a committed and vocal supporter of early education, women’s equality, and concussion awareness. She is the recipient of a NAACP Freedom Award, Woman of Courage Award, and the Urban League Leadership Recognition Award. She has honorary doctorates from Ohio Dominican University and Central State University,

Joyce Beatty is married to attorney Otto Beatty, Jr. The couple have two children, and two grandchildren, Leah and Spencer.