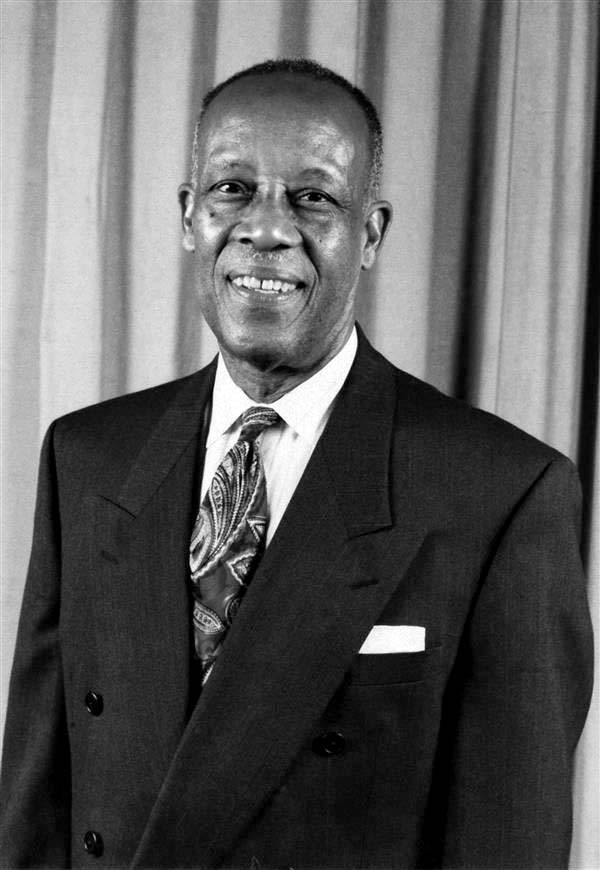 Reby Cary, educator, community activist, politician, entrepreneur and World War II veteran, was born on September 9, 1920, in Fort Worth, Texas, to Reverend Smith and Maggie B. Cary. A graduate of I. M. Terrell High School in 1937, he received his Bachelor of Arts degree in history from Prairie View A & M College (now Prairie View A & M University) in 1941. A year later he completed the requirements for his Master’s degree in history but World War II interrupted his studies when he was drafted into military service. Cary returned to graduate school at Prairie View after his discharge in 1945 and completed his M.A. degree.

Cary enlisted in the United States Coast Guard, becoming one of the first African Americans to be commissioned in the ranks of apprentice seaman. He later became a Radioman Second Class and was assigned to the USS Cambria, AA036 (Amphibious Personnel Attack). Cary participated in the invasions of Saipan, Tinian, Leyte, Luzon and Okinawa. On his return to the United States, he noted that despite his service and those of thousands of other black women and men in World War II, African Americans still had to ride on segregated trains. He would spend the rest of his life fighting segregation and discrimination.

From 1952 to 1967, Cary was a counselor and history/ government instructor at Dunbar Middle School. In 1967, he became assistant professor of history at Tarrant County Junior College and two years later he became the first black professor hired at the University of Texas at Arlington (UTA), remaining there until 1978. In the early 1970s he led a successful crusade to remove Confederate symbols from the UTA campus.

Cary was a businessman who established a successful real estate company. He long supported black entrepreneurship and economic development in the black community. He was also a noted local historian who authored a number of books on African American history in North Texas.

In 1974 Reby Cary became the first African American elected to the Fort Worth School Board. In 1978 he ran for the Texas State Legislature, becoming the first State Representative elected in District 95. Cary served until 1985. One of his major accomplishments in the Texas State House came in 1983 when he introduced the bill to create the Texas Commission on Human Rights to fight racial discrimination across the state. Although elected as a Democrat, Cary became a Republican, crediting banker and politician William “Gooseneck” McDonald as his major influence.

Cary was a member of New Rising Star Baptist Church in Fort Worth and Alpha Phi Alpha Fraternity. He served on numerous local boards including the Boy Scouts of America, the United Way, and the Fort Worth Metropolitan Black Chamber of Commerce.

Reby Cary died on December 7, 2018, on the 77th anniversary of Pearl Harbor. He was 98 and was preceded in death by his wife, Nadine Spencer Cary.