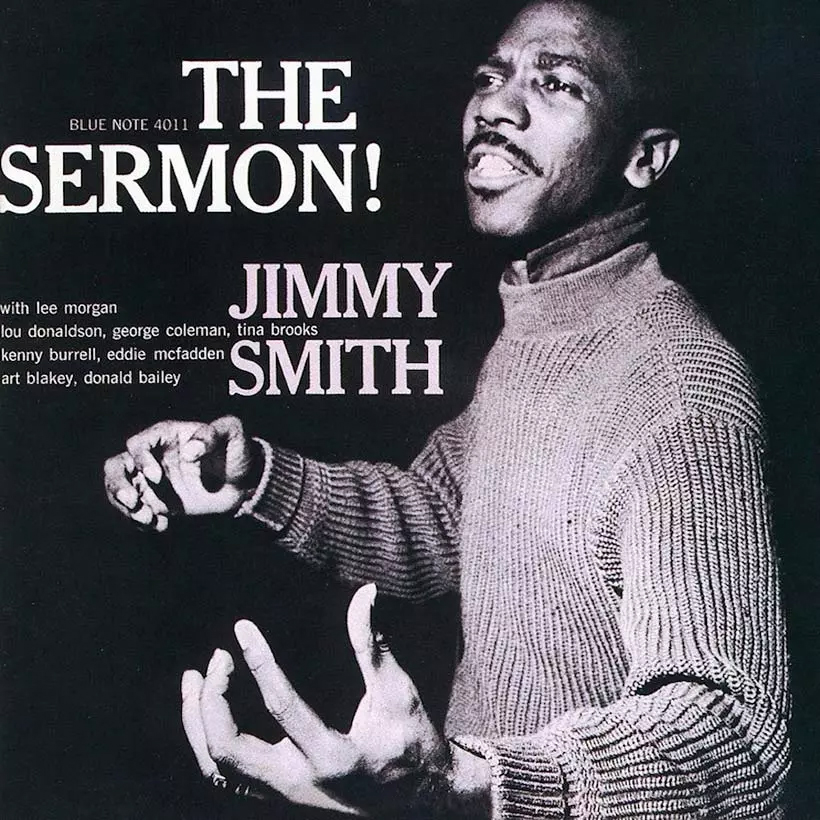 Jazz keyboardist James Oscar (Jimmy) Smith was born on December 8, 1928, in Norristown, Pennsylvania to Willie and Agnes Smith who were pianists. He had two sisters, Janet and Anita. Smith was taught piano by his parents at four, and by six he was performing with his father as musicians in a dance troupe. At 12, Smith was an accomplished pianist winning local music competitions.  He left school at 13 to work as his father could no longer earn a living because of an injured knee. And two years later, he joined the United States Navy in 1943. While in the service, he played in a segregated band during his tour of duty.

Upon being honorably discharged, he enrolled in Hamilton School of Music in 1947, studying Classical piano, string bass, and theory. Afterward, his studies were continued at the Leo Ornstein School of Music in Philadelphia from 1949 to 1950. And in 1955, he created The Jimmy Smith Trio that comprised himself, Kenny Burrell, and another Jimmie Smith.

On March 31, 1957, Smith married Edna Joy Goins, who was also his manager. They were parents of two daughters, Jia and Connie, and one son Jimmy II.

Smith’s most extensive chart hit was in 1962 with the single “Walk on the Wild Side” from his Verve album Bashin. He recorded 30 albums for that label. And in 1964, he was the first place recipient in Down Beat Jazz Poll in the Organ category and earned a Grammy Award, National Academy of Recording Arts and Sciences, for The Cat.

After Smith’s contract with Verve expired in 1970, he opened a supper club, “Club Jimmy Smith” in the San Fernando Valley of Los Angeles, California and performed regularly there.  However, it was short-lived and closed in 1973. While Smith continued to record for various labels, his stardom declined, and he created Mojo Records in 1974 to revive his career.

In 1987, Smith was asked by composer and producer Quincy Jones to play on Michael Jackson’s album Bad. In that composition, Smith refined and modernized the usage of the Hammond B3 Organ that was rarely heard.

In 1995, Smith returned to Verve. He came back playing a more mixed repertoire of bop, funk, and ballads, and five years later, in 2000, he recorded his last album, Dot Com Blues for Universal. It was recorded with B. B. King, Dr. John, and Etta James as he incorporated more minor blues and soul-oriented material into his repertoire.

Jimmy Smith was named a Jazz Master by the National Endowment for the Arts in 2005.

While awaiting the February scheduled release of Legacy, a new organ collaborative work organist Joey DeFrancesco produced by Concord Records, Smith died at home in Scottsdale, Arizona, on February 8, 2005, at the age of 77. He was among the first artists to develop theory incorporating contemporary jazz application on the Hammon B3 Organ.