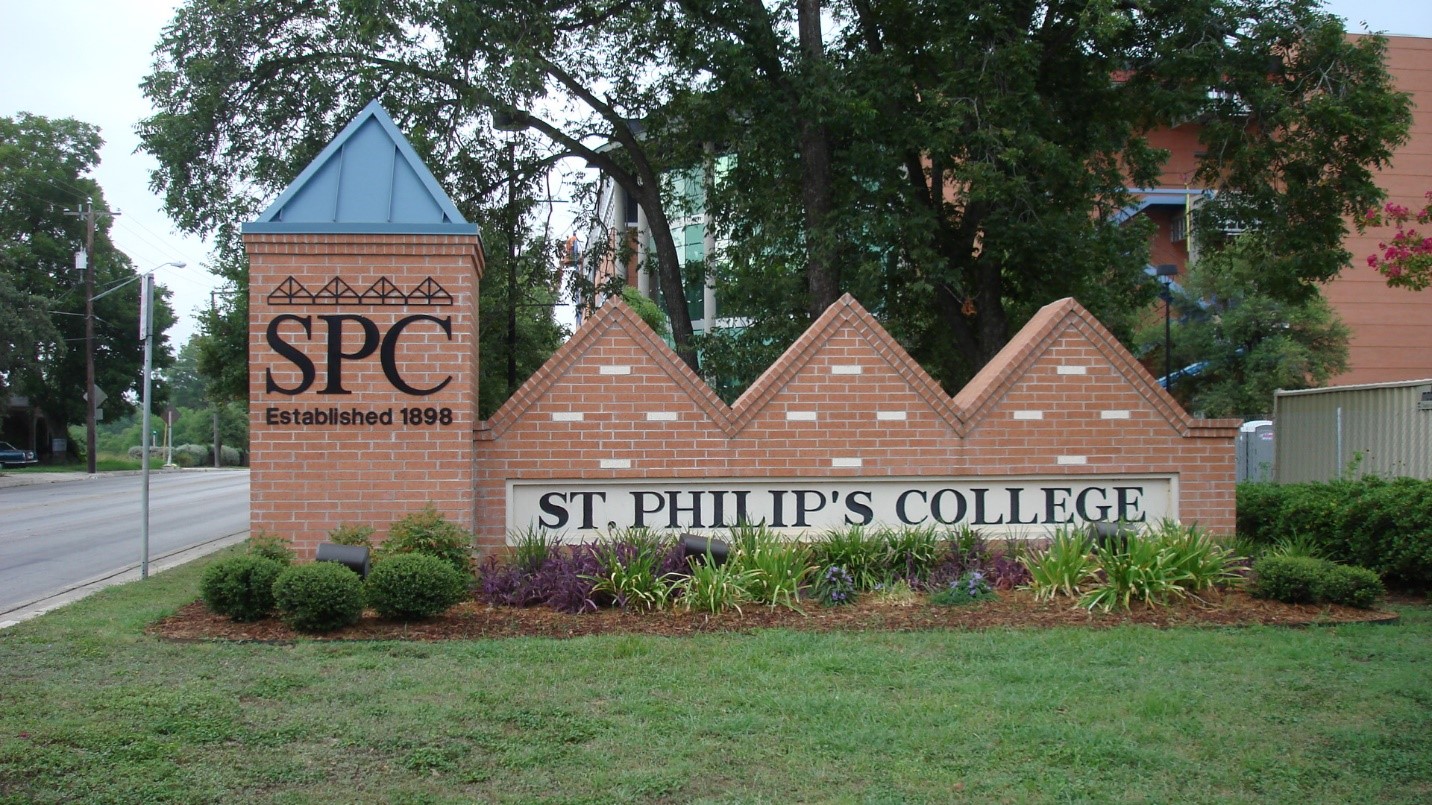 In 1927, St. Philip’s became a junior college but remained an Episcopal school until 1942 when it was taken over by the San Antonio Independent School District. In 1945, the College was placed under a district board of trustees who replaced the San Antonio School Board as the governing body and was renamed the San Antonio Union Junior College District. Afterward, the African American attorney, Thurgood Marshall, argued Brown vs. Board of Education before the U.S. Supreme Court in 1954 that separate school systems for blacks and whites were unequal and violated the “equal protection clause” of the Fourteenth Amendment to the U.S. Constitution, the following year in 1955, white students were admitted to St. Phillips. It was one of the first community colleges in Texas to desegregate.

Today, St. Philip’s College is the U.S.-only College federally designated by the U.S. Department of Education as an HBCU and a Hispanic serving institution (HSI). Its student body is more than 50% Hispanic, 29% white, and 12% African American and it offers Associate degrees and certificates in 26 different fields.

St. Philips is accredited by the Southern Association of Colleges and Schools Commission on Colleges (SACSCOC) with over 12,000 credit students and more than 170 academic and technical disciplines and housed in San Antonio’s historic African American East Side community that is now predominantly Hispanic.