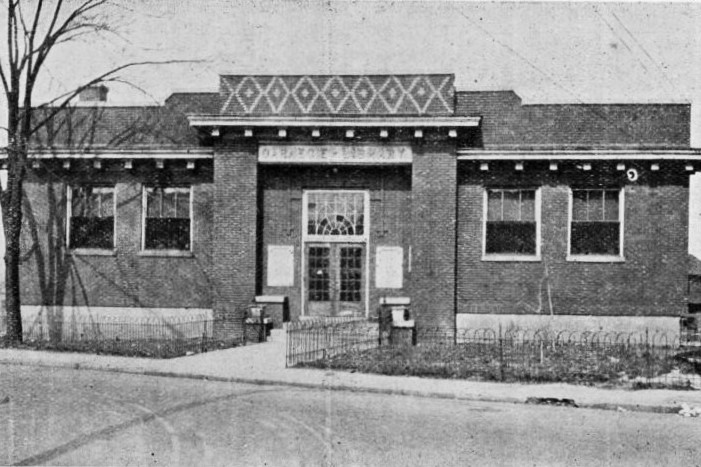 The Free Colored Library of Knoxville, Tennessee was a segregated public library that opened in 1918 and closed 43 years later in 1961. It was the first municipally-supported library for African-Americans in Knoxville, Tennessee and one of twelve segregated public libraries opened in the South between 1908 and 1924 and funded by philanthropist Andrew Carnegie.

Knoxville founded its municipal library, the Lawson McGhee Library, in 1883. It was reestablished as a free public library in 1914 but still served only whites. After the McGhee Library denied service to several African American teachers in 1915, one of these teachers, school principal Charles Warner Cansler, approached Mayor Samuel G. Heiskell for help in obtaining a grant from Andrew Carnegie for a library for the city’s blacks. Knoxville’s population at the time was over 36,000 people, about 21% of which were African American.

In 1916, Carnegie donated $10,000 towards the library, which opened on the corner of Nelson Avenue and East Vine Street in May 1918. Local architect Albert B. Bauman Jr. designed the facility, whose main floor contained a reference room and separate reading rooms for adults and children. Its basement included meeting rooms and a large auditorium. Like most segregated public libraries at the time, Knoxville’s Free Colored Library did not open under its own board of African-American trustees; it operated as a branch of the city’s Lawson McGhee Library, which was governed by an all-white board.

The Free Colored Library served Knoxville’s African American community as an intellectual center, recreation center, and community gathering place. Upon the library’s opening in 1918, Charles Warner Cansler remarked: “The building will have served its purpose only in part if it becomes only the center of the activities of the reading colored people of this community. There is not today in the city of Knoxville … a single decent place, with the exception of stores or offices, where a colored man or woman can go for rest and relaxation.”

The Library circulated thousands of books and magazines for reading, study, and improvement, and provided space for clubs and community organizations to gather. It established and maintained beneficial relationships with many segregated public schools and offered black students reading clubs to join in the summer.