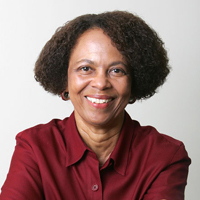 Dr. Leith Patricia Mullings was an anthropologist, author, and professor. She is one of triplets with Pauline Mullings and Sandra Mullings born on April 8, 1945 in Mandeville, Jamaica to Hubert Waite and Lillieth (Gayle) Mullings. She was the widow (m. 1996) of William Manning Marable and has two children Alia Tyner and Michael Tyner, from a previous marriage.

In 1961 Mullings began 2 years of a 5-year degree in nursing at Queens College. She graduated with a Bachelor of Science in nursing from Cornell University in 1966. In 1970, Mullings earned a Master of Arts and in 1975 a Ph.D. from the University of Chicago. Through the lens of feminist and critical race theory, Mullings employs community participation to study structures of inequality and resistance to those structures. Her research and activism include race, ethnicity, gender, urbanism, globalization, kinship, representation, gentrification, health disparities, and social movements in Africa, Latin America and urban populations in the United States.

In 1972, Mullings became a lecturer in anthropology at Yale University. In October 1973, she became the chairperson of the Continuation Committee at the 10th World Youth Festival and named sponsor of the Community Party USA dominated National Anti-Imperialist Conference in Solidarity with African Liberation in Chicago. In 1974, begin lecturing at Columbia University and was promoted to assistant professor in 1975. In 1981, she was promoted to associate professor and also began teaching at City University of New York (CUNY) and became a member of the Metropolitan Medical Anthropological Society. In 1983, Mullings left Columbia University and continued teaching at CUNY where she is currently a Presidential Professor in the graduate anthropology program.

In 1996, Mullings was a member of a delegation led to Cuba hosted by the Center for Study of Americans in Havana to discuss the relationship between Cuba and Black America. In March 1998, Mullings was a member of “Endorsers of the Call” who founded a Black Radical Congress. That same year, her first book based on her Ph.D. thesis, an ethnographic study, Therapy, Ideology and Social Change: Mental Healing in Urban Ghana was published.

In 2008, Mullings signed a petition circulated by Feminists for Peace and Barack Obama. In June of that year, the 10th anniversary meeting of the Black Radical Congress, “Foraging a Black Liberation Agenda for the 21st Century,” was held in St. Louis. As of 2009, Mullings is listed as member of the Editorial Board for the Black Commentator and Science & Society.

From 2011 to 2013 Mullings was the president of the American Anthropological Association. Her book publications include: Cities of the United States: Studies in Urban Anthropology, 1987; On Our Own Terms: Race, Class and Gender in the Lives of African American Women, 1997; Stress and Resilience: The Social Context of Reproduction in Central Harlem, 2001; Freedom: A Photographic History of the African American Struggle 2002; Let Nobody Turn Us Around: An Anthology of African American Social and Political Thought from Slavery to the Present, Second Edition, 2009; and New Social Movements in the African Diaspora: Challenging Global Apartheid, 2009. Mullings also has an extensive publication record in various academic journals.

Mullings was working on two projects: an ethnohistory of the African Burial Ground in New York City and a hemispheric initiative on racism, displacement, and antiracist strategies among Afro-descendants and indigenous peoples. Mullings passed away on December 12 or 13, 2020.