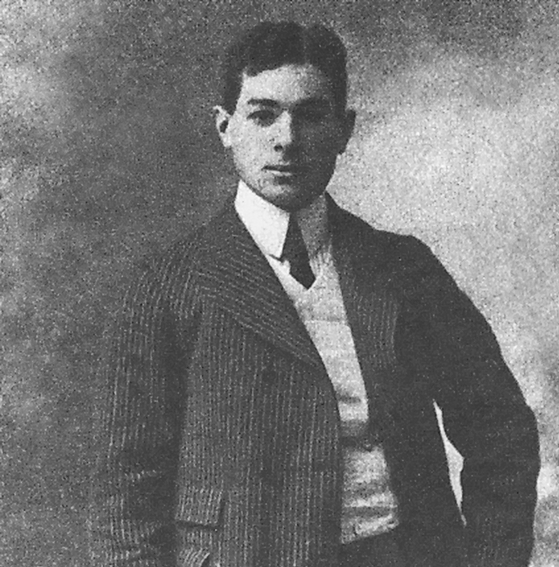 George Herriman was one of the first syndicated cartoonists of African descent. The son of mulatto Creole parents George Herriman Jr., a tailor, and the former Clara Morel, Herriman was born in New Orleans on August 22, 1880. At age ten, his family relocated to Los Angeles, California where he graduated from Loyola High School and found work in the engraving department at the Los Angeles Herald where he sketched cartoons and ads.

In 1900, Herriman moved to New York City and labored as a billboard painter.  During his leisure time, he experimented with cartoon strips in the satirical magazine Judge beginning with Musical Mose in 1902.  This cartoon strip was followed by more than a dozen others, mostly short-lived, except for Major Ozone’s Fresh Air Crusade which lasted from 1904 to 1906. He also created cartoons for daily columnists at the New York World. Herriman temporarily worked for other newspapers such as the New York American and the New York Evening News, founded by William Randolph Hearst.

However, in 1906, Herriman returned to California and found permanent employment at the Los Angeles Examiner and a secured a lifetime contract with King Features Syndicate. Although he experimented with a number of comic strips, it was not until he created Krazy Kat that it became his most successful and signature comic strip. Krazy Kat ran from 1913 to 1944 and starred a simple-minded cat whose love for a mouse was repeatedly rewarded with a brick to the head. Intellectuals, who found elements of surrealism and deeper philosophical meaning in the antics of the strip’s animal characters, praised the comic strip.  Aside from Hearst, one of the strip’s loyal fans was President Woodrow Wilson who reportedly read the strip aloud at cabinet meetings.

Throughout his career, Herriman tiptoed the color line and “passed” as white at a time when African Americans and those of African descent could do so. Although Herriman’s birth certificate designated him as “colored,” he worked diligently to obscure his African heritage and assume a white identity given the hostile racial climate. For instance, he wore hats routinely to conceal his rather kinky hair (which he cut close to the scalp); suggested to white colleagues that he was either Greek, Italian, French, Irish, or possibly Turkish; and married a white woman Mabel Lillian Bridge in 1902.  He also indicated that he was born in Los Angeles instead of New Orleans. Although he included black characters in his early cartoons, he did not count African Americans among his friends and associates. His three siblings (two sisters and a brother) also passed as white.

On April 25, 1944, Herriman died in his sleep in Los Angeles, at 63. The mystery surrounding his racial background was not solved until decades later. On his death certificate, it identified him as “Caucasian.” One of his two daughters, under dubious pretenses, emphasized his white identity by having his place of birth listed as Paris, France. Herriman inspired future generations of cartoonists and animators including Al Capp, Dr. Seuss, Edward Gorey, Jules Feiffer, Charles Schulz, and Ralph Bakshi. Ishmael Reed dedicated his acclaimed 1972 novel Mumbo Jumbo to Herriman.  His Krazy Kat comic strip is still read today by both casual and serious fans of cartoons worldwide.