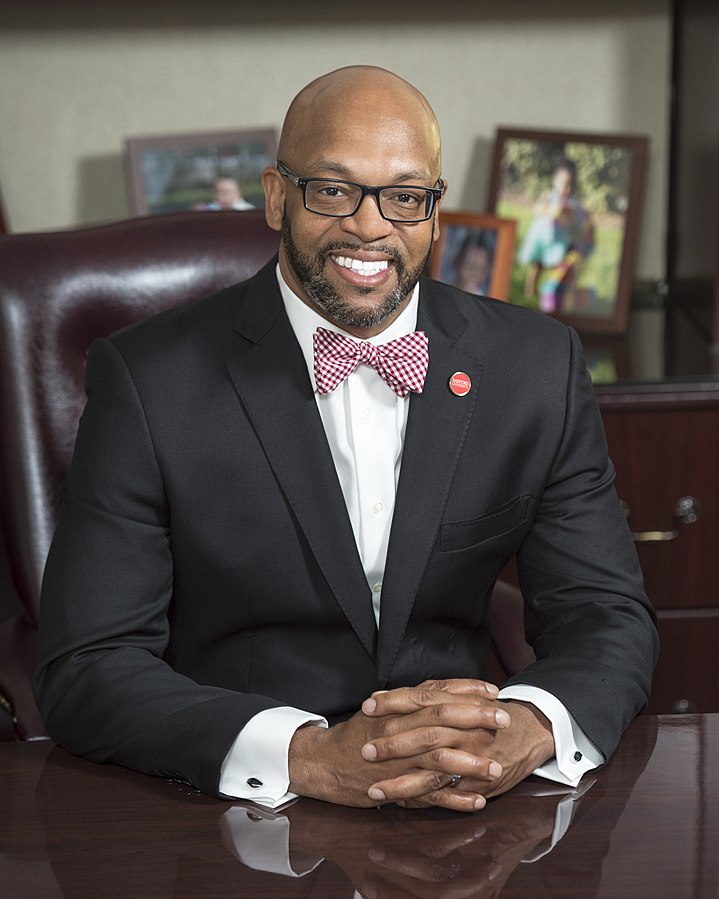 Brian O. Hemphill has been a member of several university communities, both as a student and as a leader. Hemphill earned his Bachelor’s in Organizational Communication from St. Augustine’s University (North Carolina) in 1992 and then completed a Master’s in Journalism and Mass Communication from Iowa State University in 1994 and his Ph.D. in Higher Education Administration from the University of Iowa in 1998. After earning his bachelor’s degree, Hemphill remained at the school, serving as a member of the board of trustees for St. Augustine’s. He left North Carolina to work as the University of Arkansas-Fayetteville’s vice chancellor and dean of students before returning to the state to be the associate dean of students at the University of N.C.-Wilmington. He moved to Iowa State where he coordinated minority recruitment and retention, and then to Northern Illinois University where he spent his eight-year tenure as an associate professor, and as vice president for Student Affairs and Enrollment Management.

In addition to his work as a university leader, Hemphill is a published author, and his multitude of writings about such topics as student activism, the effect financial concerns have on higher education, and threat-preparedness on college campuses. He most recently co-edited a book titled College in the Crosshairs: An Administrative Perspective on Prevention of Gun Violence, which was released in the fall of 2015.

A devoted family man, Hemphill is married to Dr. Marisela Rosas Hemphill, and they have four children: daughters Jada and Catalina, and sons Jordan and Cruz. In July of 2016, Brian O. Hemphill  become the seventh president of Radford University in Virginia after having served four years at West Virginia State.  He is a member of Alpha Phi Alpha Fraternity.