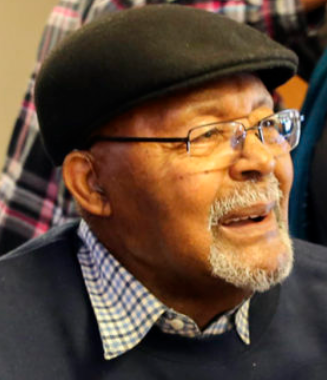 Carl Gipson was the first African American city council member in the city of Everett, the county seat of Snohomish County, Washington, serving from 1971 until 1995. Born in Lincoln County, Arkansas, on January 11, 1924, Gipson grew up as the grandson of former slave, Doc Gipson, who had accumulated a substantial amount of land to grow cotton, corn, and other crops. In his upbringing, Carl Gipson encountered the many disadvantages of the Jim Crow South on a daily basis. His family was also struck by natural disasters. In 1927, for example, Lincoln County became flooded, and only a few years later, it suffered a year-long drought from 1930 to 1931. In this troubling time, Gipson’s family became impoverished. Because local African American children had only a slight chance to receive an education, Gipson moved to Little Rock, Arkansas, to attend Dunbar High School. There he met Jodie Mae Waugh, whom he would eventually marry in 1942 after graduation. The two moved to Richmond, California in 1943, where he worked as a welder in a shipyard.

While working in the shipyard, Gipson was taken into custody for unintentionally avoiding the draft for World War II. He was promptly moved to the naval military base in Oak Harbor, Washington. His wife moved north as well and stayed in the city of Everett, Washington, to be near to him. After his service, Carl and Jodie Mae Gipson decided to remain in Washington, settling into a housing project in Everett. With only a few black families living in the area, there were very limited employment choices for Gipson. He worked odd jobs before landing a full-time position at an Everett car dealership in 1947.

By 1968, Gipson had three children and a home on 19th and Hoyt. He also had his own service station and a restaurant in Everett (the Ebony), and was elected president of the Everett branch of the National Association for the Advancement of Colored People (NAACP). This same year, the city of Everett established a new municipal system which incorporated a mayor and city council.  The new mayor of Everett, Robert Anderson, encouraged Gipson to run for city council, which he would win by a landslide in 1971 to begin his six terms.

During his incumbency, Gipson worked to make the city more livable for the people of Everett by focusing on services for the disabled and elderly and also on activities for the city’s youth. One of Gipson’s major achievements was the provision of city-owned recreational amenities to sailors and marines stationed at the nearby Smokey Point Naval Base (Smokey Point). Gibson traveled to Washington D.C. where he successfully enlisted the support of First Lady Hillary Clinton in his effort.

Carl Gipson retired from his position in 1995 as the longest-serving African American in political office in Washington State history. After his retirement, the city’s senior service center was named in his honor in 2009. Today he continues to live in the same home on 19th and Hoyt in Everett.