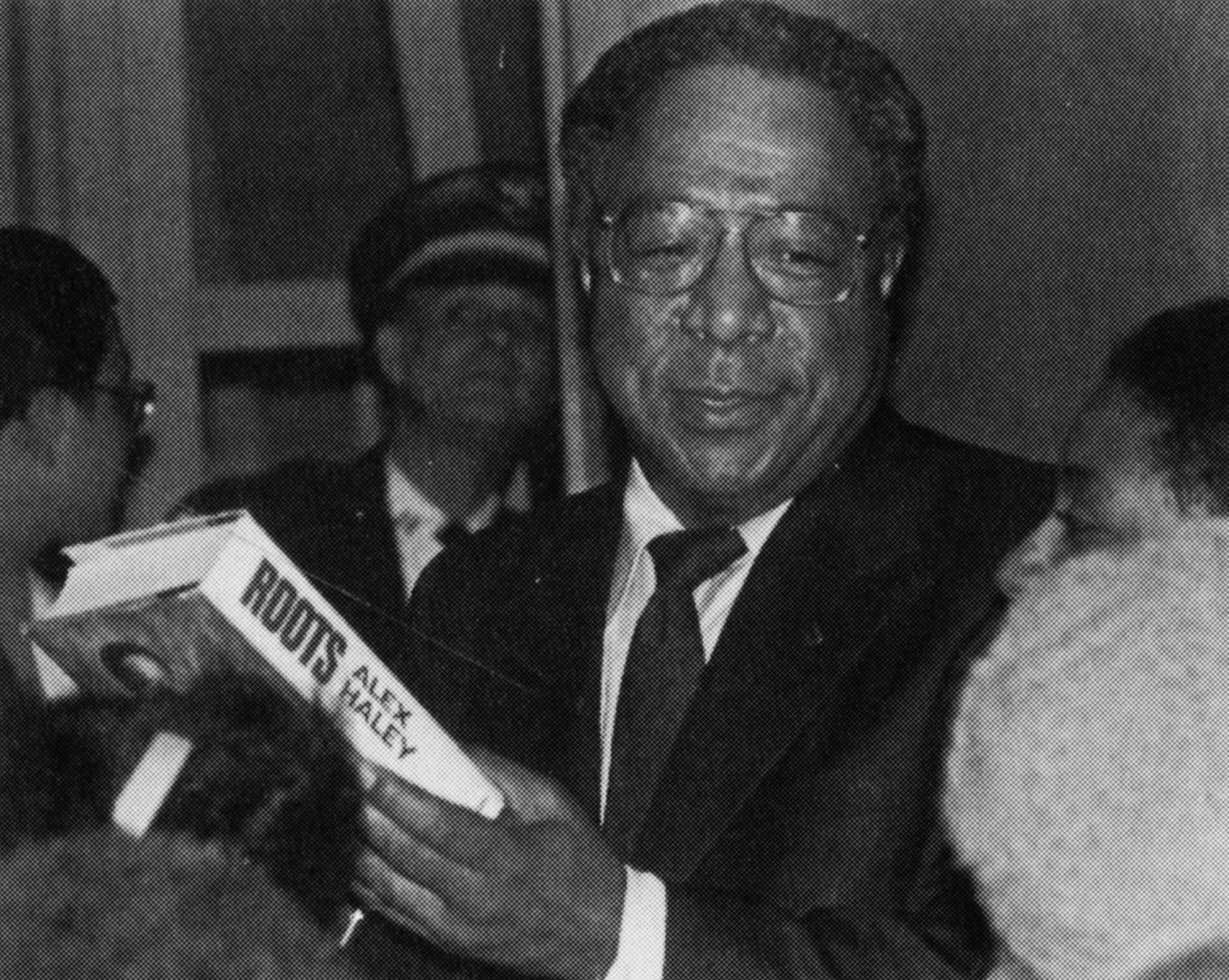 Pulitzer-prize winning author Alex Haley was best known for his historical work, including the widely-acclaimed Roots. Alexander Palmer Haley was born in Ithaca, New York on August 11, 1921. He soon moved with his mother to Henning, Tennessee while his father finished his degree at Cornell University. While in Tennessee, Haley’s future work would be greatly influence by his grandmother, who often recited the family history at gatherings. After graduating from high school and spending two years in Alcorn State College, Haley joined the U. S. Coast Guard in 1939. During World War II, Haley worked as a cook stationed in the Pacific. There, he began to write to alleviate the monotony of life on the ship.

After rising to the position of the Coast Guard’s chief journalist, Haley retired from the military in 1959 to pursue a full-time writing career. His first published work, an interview with Miles Davis, was featured in Playboy in 1962. Playboy subsequently published a number of Haley’s interviews including several with Black Nationalist leader Malcolm X. These interviews would form the basis of Haley’s first major work, The Autobiography of Malcolm X (1965). The book was instantly popular partly because of the subject’s assassination earlier that year, and it is now recognized as a literary classic.

After The Autobiography of Malcolm X, Haley’s attention turned to researching the family stories his grandmother had told him. After over a decade of exhaustive genealogical research, Haley published Roots:The Saga of an American Family (1976). In the narrative, Haley tells the story of his mother’s ancestors from Juffure, a small town in the present-day nation of Gambia, who were captured and then placed on a slave ship to Virgniia. The narrative concludes with a brief discussion of Haley immediate family in Henning, Tennessee.  The account was also a history of his own search for his past. While it was soon exposed that the book was partially fictitious, it was nevertheless a literary sensation. Roots sold six million copies in over 30 languages and won Haley a Pulitzer Prize for literature. Haley’s star rose further when Roots was adapted into a television miniseries that drew over 130 million viewers, a record at the time.

Both the book and the miniseries have been cited for their lasting impact on American culture. Though Roots revolved around an African American family, it was read or watched by people of all racial backgrounds who empathized with the main characters. As a result, Roots was credited with dramatically expanding interest in family genealogy.

After Roots, Haley continued writing. His later books include A Different Kind of Christmas (1990) and Queen: The Story of an American Family (1993), which covered his paternal family’s history in much the same way Roots covered his maternal family. Haley was also in great demand as a speaker at the time of his death 1992 in Seattle, Washington while en route to a lecture.