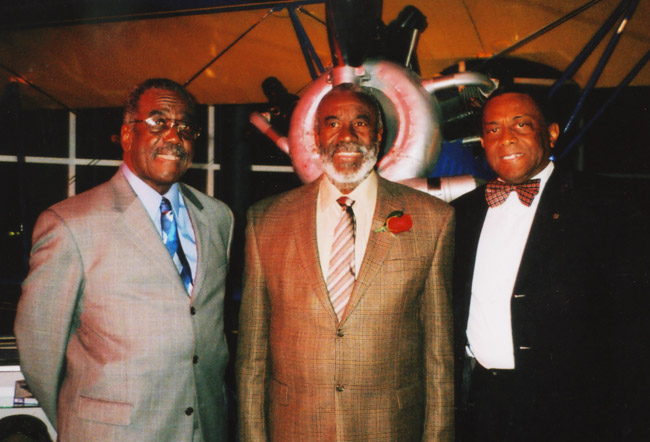 The first African American pilot hired by a commercial passenger airline carrier owed his achievement to Marlon D. Green who fought a six-year court battle that opened the industry to minority-race aviators.

Born on June 6, 1929 in El Dorado, Arkansas, one of the five children of McKinley Green, a laborer, and the former Lucy Longmyre, a homemaker, Green was co-valedictorian at Xavier Preparatory High School in New Orleans, Louisiana. Dismissed from Epiphany Apostolic College in New York where he had studied for the Catholic priesthood, he entered a racially segregated U.S. Air Force in 1948 and earned his wings two years later when the racial barrier fell. For the next nine year Marlon flew bombers and others multi-engine planes, logging 3,071 flight hours. In 1951 he wed the first of his four wives, Eleanor Gallagher, a white physical education instructor at Xavier University, a 19-year marriage that produced six children. His interracial marriage was problematic in Louisiana where the family was not allowed to live on base, thus he was reassigned to a military base in Ohio.

Hoping to provide a better life for his growing family, Captain Green, then with the 32th Air Rescue Squadron at Johnson Air Force Base in Tokyo, Japan, resigned from the Air Force in 1957 and sought employment as an airline pilot. After having his application rejected or ignored by hundreds of commercial and private carriers, including ten major American carriers, Green filed a complaint with the Colorado Anti-Discrimination Commission (CADC) when Colorado-based Continental Airlines hired five less experienced white pilots but denied him employment. After a three-year stint flying personnel for the Michigan State Highway Patrol he was forced to work a variety of menial jobs, including cleaning milk containers at a dairy, while the complaint made its way through the court system until it reached the U.S. Supreme, led by Chief Justice Earl Warren. Among those organizations and persons filing “friends of the court” briefs supporting Green’s argument, that he had suffered racial discrimination and that the airline’s contention that its status as an interstate carrier exempted it from adhering to individual state (Colorado) laws and regulations, was U.S. Attorney General Robert F. Kennedy. In April 1963,  Justice Hugo Black explained in a written opinion why the court ruled unanimously against Continental Airlines and ordered it to enroll Green in a pilot training class to prepare him for company flights. In September 1964, a Colorado judge ordered the airline to offer Green a job with full seniority and a retroactive pay date of 1957.

Starting in January 1965, Green began flying passenger planes for Continental Airlines. He was promoted to captain in 1966. His long legal battle paved the way for David Harris to be hired by American Airlines as the nation’s first black airline pilot in 1964, and his personally devastating, but ultimately successful fight led to the founding of the Organization of Black Airline Pilots in 1976. Green, who worked for fourteen years at Continental, died in Denver on July 6, 2009 at the age of 80. Several months later he was memorialized in a ceremony in Houston, Texas, where one of the company’s Boeing 737 passenger jets was christened in his honor, his name appearing prominently below the cockpit windshield.