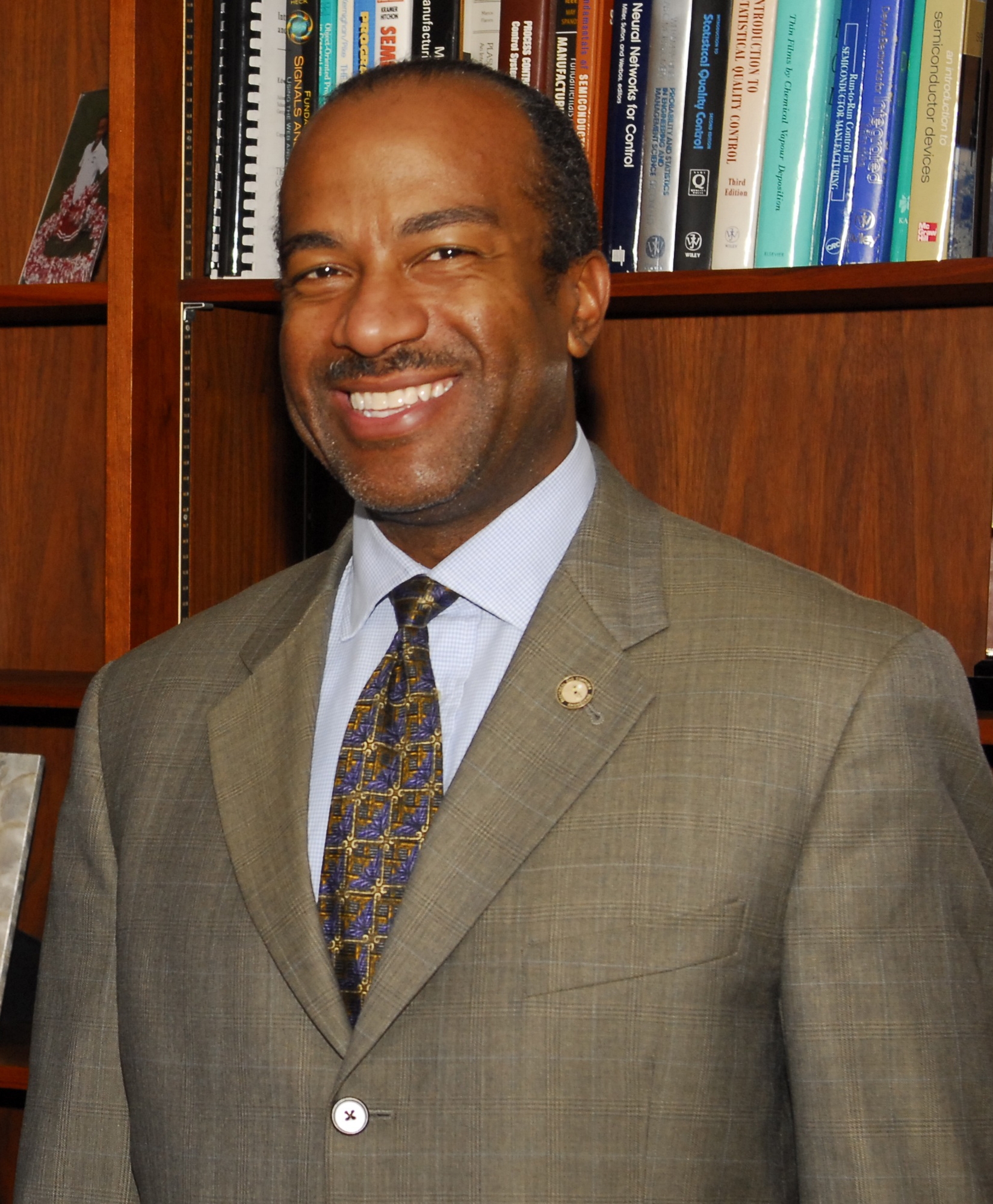 With financial assistance from the National Science Foundation and AT&T Bell Laboratories, May next enrolled in the doctoral program in electrical engineering and computer science (EECS) at the University of California at Berkeley, completing his Ph.D. in 1991 with the dissertation titled “Automated Malfunction Diagnosis of Integrated Circuit Manufacturing Equipment.” During his time at UC-Berkeley he was deeply involved with the student-run National Society of Black Engineers (NSBE), serving as its national chairperson from 1987 to 1989.

May returned to Georgia Tech in 1991 as an EECS assistant professor. Promoted to full professor in 2000, a year later he was named the Motorola Foundation Professor of Microelectronics. In 2005 he was made chairman of EECS when the department was ranked sixth in the nation in that field. In 2011 he was appointed Dean of the College of Engineering at Georgia Tech, the first African American in that post. Demonstrating his concern for increasing students of color in STEM fields, he devised a very effective summer program that brought hundreds of such undergraduate students from across the nation to Georgia Tech to perform research and to encourage them to commit to graduate study. He also co-created and directed a National Science Foundation-funded program on his campus that significantly increased the school’s students of color doctoral graduates in STEM fields. A member of several honor societies and an award-winning scholar who has published numerous research papers and monographs, his best known academic works are the books Fundamentals of Semiconductor Fabrication (2004) and Fundamental of Semiconductor Manufacturing and Process Control
(2006).

As an experienced, productive fundraiser and administrator at Georgia Tech, May was well positioned to head a major university. It was announced in early February 2017 that May had been chosen to become the seventh chancellor of the University of California, Davis. Gary S. May and his wife, LeShelle, a former system/ software developer, have two grown daughters.