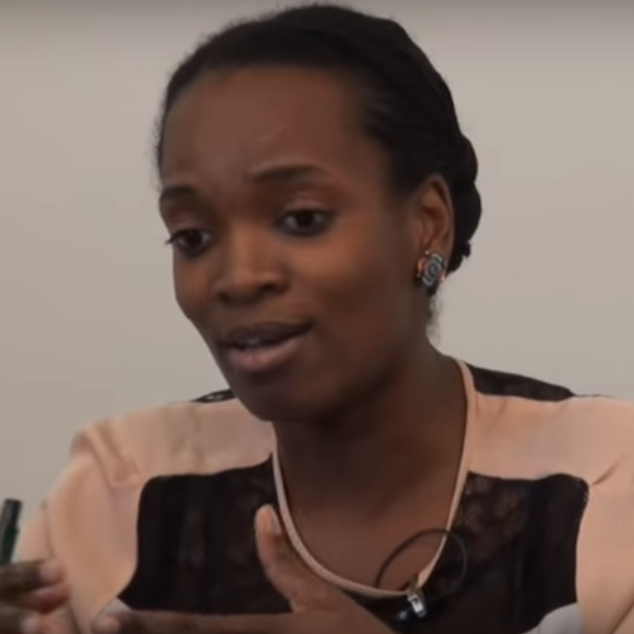 Nigerian-born Njideka Akunyili Crosby is a leading contemporary artist. In early 2018 a typically large-scale painting by Crosby sold for $3 million, just a few months after she had won a MacArthur Foundation “genius” award worth $624,000. Born in 1983 in Enugu, Nigeria, she is one of the six children of J. C. Akunyili, a surgeon and university professor, and Dora Akunyili, a pharmacology professor and government administrator. Thanks to her mother winning the U.S. government’s immigration green card lottery, Njideka Akunyili at age sixteen was able to move to the United States and earn her bachelor’s degree in biology (she had intended to become a physician) and studio art with honors at Swarthmore College in 2004. With a growing desire to pursue a career in art, she attended the Pennsylvania Academy of the Fine Arts, then Yale University where she earned a master’s degree in fine arts in 2011.

Influenced by contemporary French painter Jean-Édouard Vuillard, the American Alex Katz, and the Nigerian, Christopher Ofili, Crosby perfected her idiosyncratic style that reflects her personal experiences in Nigeria and the U.S. and incorporates elements of photography (print transfer), painting, and collage frequently overlaid with a silk screen effect. Reaching back to her youth she often populates her large canvasses with relatives, friends, politicians, and pop culture figures and uses common objects, plants, toys, cookware, snack foods, family photographs, bottled drinks, to convey a sense of intimacy and both the ordinariness and nobility of everyday of life in her native and adoptive countries.

A stint as artist-in-residence at the Studio Museum in Harlem, New York City eventually led to her first solo exhibition at the Hammer Museum in Los Angeles, California, in 2015. Currently maintaining her studio in an industrial area south of downtown Los Angeles, she has also had exhibitions at Art + Practice and the Los Angeles County Museum of Art. Elsewhere, Crosby’s paintings have been exhibited or added to the collections of the San Francisco Museum of Modern Art; Nasher Museum of Art at Duke University; Norton Museum of Art in West Palm Beach, Florida; the Smithsonian National Museum of African Arts, and the National Portrait Gallery in Washington, D.C. Her work has also been featured at the Zeitz Museum of Contemporary Art Africa in Cape Town, South Africa; Pérez Art Museum in Miami, Florida; Baltimore Museum of Art; Contemporary Art Center in Cincinnati, Ohio; and the Whitney Museum of American Art and the Metropolitan Museum of Art in New York City.

Prior to the announcement on October 11. 2017 that she had won the prestigious MacArthur Foundation grant, Crosby had received, among others, the 2014 Smithsonian American Art Museum’s James Dickey Contemporary Art Prize; the 2015 Next Generation prize at the New Museum of Contemporary Art (New York City); and the 2016 Financial Times (London) Woman of the Year award.

The buying frenzy of art collectors following the MacArthur grant announcement exponentially increased the value of her works, culminating in the $3 million price for a 2013 painting of her sister titled “The Beautyful One” sold in London by Christie’s Auction House. Married to Texas-born artist Justin Crosby, whom she met at Swarthmore College, they have one child.