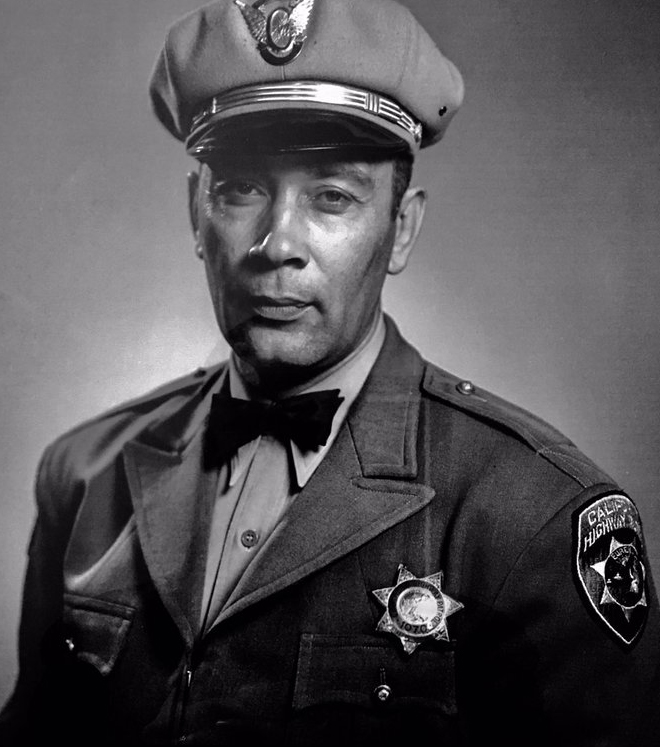 Homer L. Garrott was the first African American California Highway Patrol (CHP) officer. He served for 22 years with the department. While serving as a highway patrolman, he attended law school and later became a Los Angeles municipal judge.

Homer L. Garrott was born in Los Angeles, California in 1915. In the years before World War II, Garrott attended Los Angeles Junior College. He later joined the U.S. Army but was discharged and in 1939 he returned home and found a job as a mail-carrier. He later married Bertha Tabor and they had one child, a daughter named Dianne.

The California Highway Patrol was created by the state legislature in 1929.  For the first 13 years of its existence the patrol had only hired white men. In 1942, Garrott took the civil service test for the CHP. He passed the exam and became its first black patrolman.

Garrott was assigned to the East Los Angeles division and remained the only African American officer with the CHP for the next 13 years. Shortly after Garrott was hired, a small group of East Los Angeles community members, led by a local newspaper, petitioned the CHP for Garrott’s removal from the force.  Despite their efforts, the CHP stood its ground and did not fire him. For the majority of the 22 years that Garrott was a CHP officer, he was assigned to motorcycle duty.

In 1954 after nearly twelve years on the force, Garrot began attending Southwestern University School of Law at night. He graduated from law school in 1957 and in 1960 he passed the California state bar exam. Garrott soon left his position with the CHP and began working in the Los Angeles County juvenile court system. He was a deputy public defender from 1964 to 1967, court referee from 1967 to 1968, and a traffic commissioner from 1968 to 1973. In 1973 Governor Ronald Reagan appointed Garrott as a judge for the Compton Municipal Court. Homer L. Garrott retired in 1984.

Homer L. Garrott has been honored by several organizations. There is a display in the CHP Museum in West Sacramento, California, which includes the community petition for his removal. The display also houses his custom handgrip revolver, rifle, and various photos of him, including one of him on his CHP motorcycle. The museum also provides an online virtual 3D tour where the Homer L. Garrott memorabilia can be viewed. Garrott was also honored in a 2008 exhibit called “Black Chrome” at the California African-American Museum in Los Angeles. The exhibit highlights the contributions of African-American riders to their communities and to the automotive culture of California. “Black Chrome” includes photos, memorabilia, the history of Black motorcycle builders and famous African-American bikers.

The Southwestern University School of Law, where Homer L. Garrott received his degree, established a scholarship in his name. The scholarship allots funds for deserving students in need of financial assistance. Garrot had served as a member of the school’s board of trustees. The National Organization of Black Law Enforcement Executives (NOBLE) sponsors the annual Homer L. Garrott Community Service Award for notable law enforcement officers who are committed to the communities that they serve.

In 1973 Garrot delivered the commencement address to the graduating CHP cadets in West Sacramento, California. Homer L. Garrot died in Los Angles, California in on Saturday, March 14, 1998 from complications due to a stroke. He was 83 at the time of his death and was survived by his daughter, grandson, and two sisters.