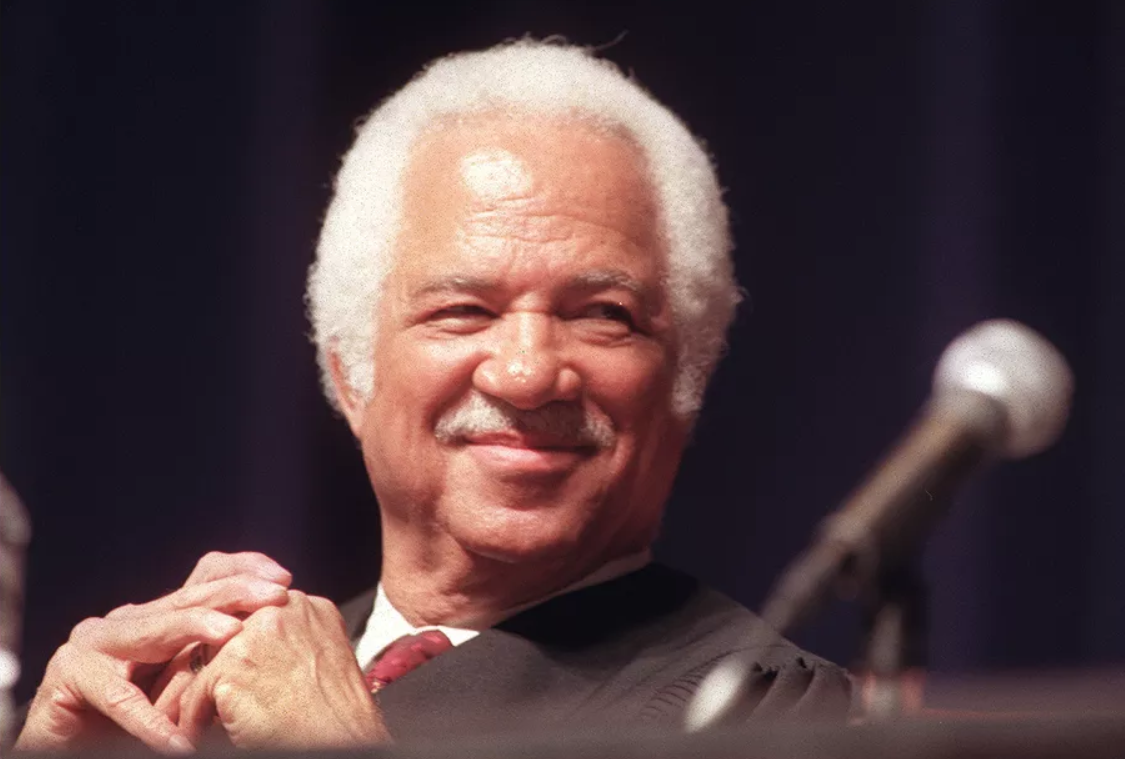 Charles E. Freeman is the first and only African American to serve on the State of Illinois Supreme Court, representing the First Judicial District of Illinois. Freeman was born in 1933 in Richmond, Virginia.  A 1954 graduate of Virginia Union University in Richmond, Virginia. Freeman served in the U.S. Army from 1956 to 1958 and was stationed in South Korea.  In 1958 Freeman married Marylee Voelker and moved to Chicago. The couple had one son, Kevin.

In 1962, Freeman earned a Juris Doctor degree from John Marshall Law School in the city of Chicago. While attending law school he worked for the Cook County Department of Public Aid.  In 1962 Freeman was licensed and admitted to practice law in Illinois. Freeman then served as an assistant state’s attorney, an assistant attorney general, and an attorney for the Board of Election Commissioners.

Between 1962 and 1976, Freeman worked in private legal practice specializing in real estate and divorce law. He became politically active, working with Ralph Metcalfe, a Chicago alderman representing the southside, during this time. At some point in the affiliation with Ralph Metcalfe, Freeman met Harold L. Washington, the future first black mayor of Chicago.  Soon after they formed a law practice partnership, Freeman began his public legal service career when Illinois Governor Otto Kerner appointed him an arbitrator for the Illinois Industrial Commission administering workers’ compensation cases. In 1973, Governor Dan Walker appointed him a commissioner for the Illinois Commerce Commission, a position he held until 1976.

In 1976, Freeman was elected to the Cook County Circuit Court and sat in the Chancery and Law Divisions, serving until 1986. In February, 1983, while serving as a Cook County Circuit Court judge, Freeman’s good friend and former law partner of ten years, Harold L. Washington, personally chose Freeman to administer the oath of mayoral office for the city Chicago.  Harold L. Washington became the 41st—and the first African-American—mayor for the city.

In 1986 Freeman was elected to the Illinois Appellate Court hearing appeals from verdicts reached at the circuit court. Four years later, on May 6, 1990, Freeman was elected to the Illinois Supreme Court and on May 12, 1997, Freeman was selected as Chief Justice of the highest court in state and served until January 2001.  Freeman wrote the opinion that honored a ruling the Illinois Supreme Court made in December 1992 and overturned the conviction of Rolando Cruz in The People of the State of Illinois, Appellee, v. Rolando Cruz, Appellant No. 70407.