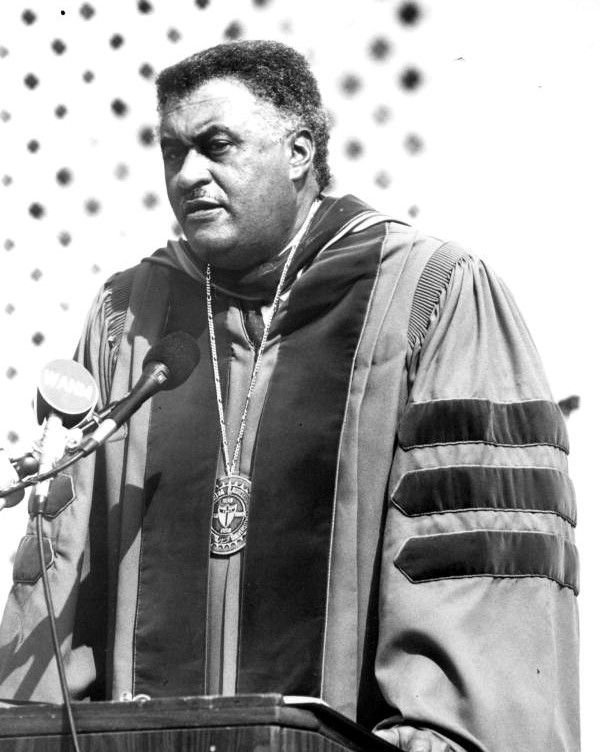 He joined the FAMU faculty in 1964, left briefly in 1966-1967 to conduct research at the University of Minnesota, returned to FAMU, and became vice-president of the Institute for Services to Education in Washington, D.C. from 1970 to 1974.  Appointed Tennessee State University (TSU) president in 1975, he held the post for over ten years, tactfully and successfully staving off state attempts to subsume the HBCU with the University of Tennessee–Nashville (UTN).  Instead, the courts mandated UTN merge with TSU in 1979.

Humphries became FAMU president in 1985 and served until 2001. While there he oversaw an increase in student enrollment (5,100 to 12,200), rise of student SAT scores (700 to 1028), increases in grants from $8.5 million to $46 million, growth of the university endowment from $6.2 million to $62.5 million, and its institution’s operating budget rise from $60 million to $250 million. During his presidency doctoral programs increased from one to ten and there was a ten-fold increase in science and engineering students.

Humphries was not without detractors. Many scolded him in 1990 for accepting $350,000 from South Africa’s British Petroleum, a supporter of apartheid.  In 1994 and 1996 FAMU students demonstrated in campus protests, demanding a hiring freeze of non-Black faculty, the firing of Engineering Dean Ching-Jen Chen, and accountability for the 1995 Tameka Stewart murder among other issues.

After stepping down as FAMU President, Humphries served as National Association for Equal Opportunity in Higher Education CEO, 2002-2004; FAMU Regent Professor, 2004-2014; and Vanderbilt University Distinguished Visiting Research Professor, 2007-2008.  He penned op-eds on the NCAA’s Proposition 48 that mandated student-athletes have minimum grades and standardized test scores for eligibility, North Korean aggression, and defended FAMU president Elmira Mangum when the Board of Trustees criticized her. His fraternity memberships included Alpha Phi Alpha and Sigma Pi Phi (The Boulé).

Adored for his rousing “Rattler Charge,” he frequently repeated Dean of Students Moses G. Miles’ popular Psalms 137:5–modified exhortation: “if anybody attempted to do harm to FAMU, may his right hand lose its cunning and his tongue cleave to the roof of his mouth! For FAMU must live forever!”

Frederick Stephen Humphries died in Orlando, Florida on June 24, 2021, at the age of 85. He was survived by children Frederick, Robyn, and Laurence.