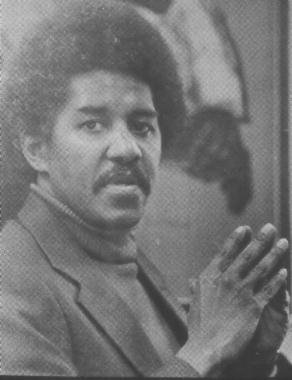 Wright served in the US Army from 1951 to 1954 and then moved to Chicago, Illinois where in 1959 he married Easter M. Overton, a Hyde Park Career Academy High School mathematics teacher.  They had one son, Marcus Delaney.  Wright completed the B.S. in Education at Chicago State University in 1966 and an M.A. in Counseling & Guidance two years later.  He earned a 1972 University of Chicago Clinical Psychology Ph.D.

Wright emphasized the need for Africans to define themselves; cultivate institutions, and social theories to change the politics and policies of mental health.  He called on Africans in America to recognize the psychology of racial warfare and to create independent frameworks to oppose the European worldview. He coined the phrase “Mentacide” to describe the deliberate and systematic destruction of the African mind, and his ideas helped develop protocols for a culturally sensitive and relevant treatment of Black mental health.  His popular The Psychopathic Racial Personality and other Essays (1974) advanced the Wright Social-Political Model which assessed Black suicide and asserts the controversial view that whites are psychopaths, “constantly in conflict with other persons or groups…unable to experience guilt…completely selfish and callous,” have “a total disregard for the rights of others,” and thus should not teach Black children.

As part of the Task Force for Black Political Empowerment, Wright, Alvin Boutte, Edward Gardner, Jacoby Dickens, and Albert “Cadillac” Johnson helped Congressman Harold Washington begin his campaign to become Chicago’s first Black mayor in 1983.  Fond of saying “A Luta Continua Lasima Tushinde Mbilishaka” (The Struggle will Continue and We Shall Conquer without a Doubt), Wright died on April 6, 1982 at the age of 48.  At the time, he was Association of Black Psychologists president-elect and director of the Garfield Park Community Mental Health Center (1973-1982), which was renamed in his honor.