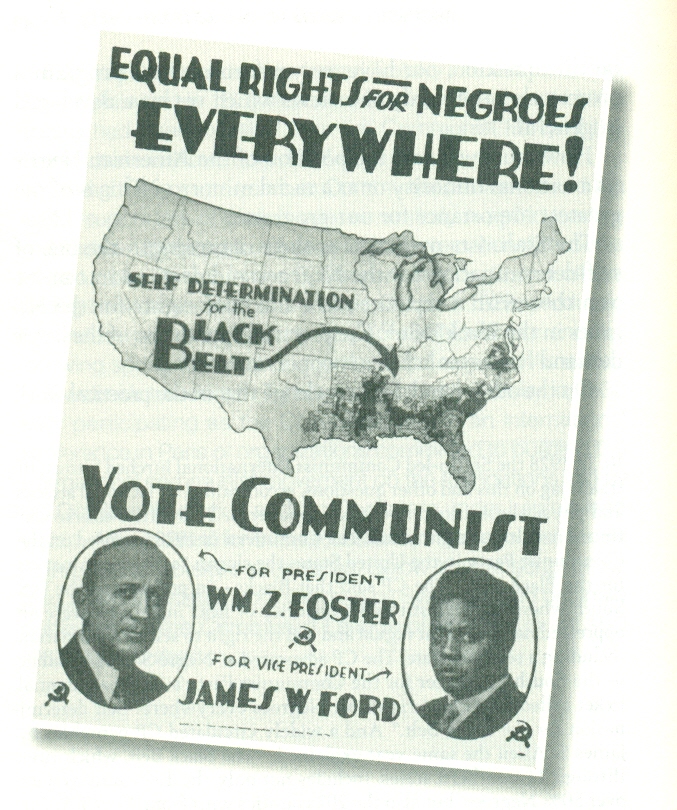 James W. Ford was Special Organizer of the Communist Party’s (CP) Harlem, New York section and the most prominent black Communist in the nation during the 1930s and early 1940s. Perhaps more than any other figure, Ford symbolized the Party’s efforts to build a united front between African Americans and the white working class.

Ford was born in Pratt City, Alabama in 1893. He attended Fisk University, where he was a star athlete and active in the campus politics. After graduation, he served in France during World War I. In many ways an unlikely candidate for future leadership in the Communist Party, Ford’s radicalization began after the war in Chicago, Illinois, when his efforts to find a job commensurate with his education were frustrated by racial discrimination. He settled for a position at the Chicago Post Office, joined the Postal Workers Union, and shortly thereafter the Communist Party.

Ford rose quickly in party ranks during a period when the CP was placing increased emphasis on promoting black leaders. He joined the American Negro Labor Congress in 1926 and sojourned to the Soviet Union in the late 1920s. In 1929, he was chosen to head the International Trade Union Committee of Negro Workers and a year later became head of the Negro Department of the Trade Union Unity League. In 1932, he joined William Z. Foster on the CP’s presidential ticket, becoming the first African American to be nominated for Vice President of the United States. He ran alongside CP presidential nominee Earl Browder in 1936 and again in 1940.

Both admired and reviled for his strict adherence to party orthodoxy, Ford’s arrival in Harlem as section organizer in 1933 signaled a critical shift in the internal politics of the Harlem CP. His mandate was to rein in the pioneering generation of black Communists led by Cyril Briggs and Richard Moore, whom the CP Central Committee believed were ignoring the white working class in favor of more race-conscious revolutionary nationalism. While avoiding an open breach with preexisting leaders, Ford nevertheless managed to push them out of positions of influence. Despite the controversy engendered by Ford’s arrival, the Harlem Party grew tremendously under his watch. Ford was instrumental in the founding of the National Negro Congress in 1936 and directed the Harlem Party in a variety of campaigns, including the defense of the Scottsboro Nine and major protests against employment and housing discrimination.