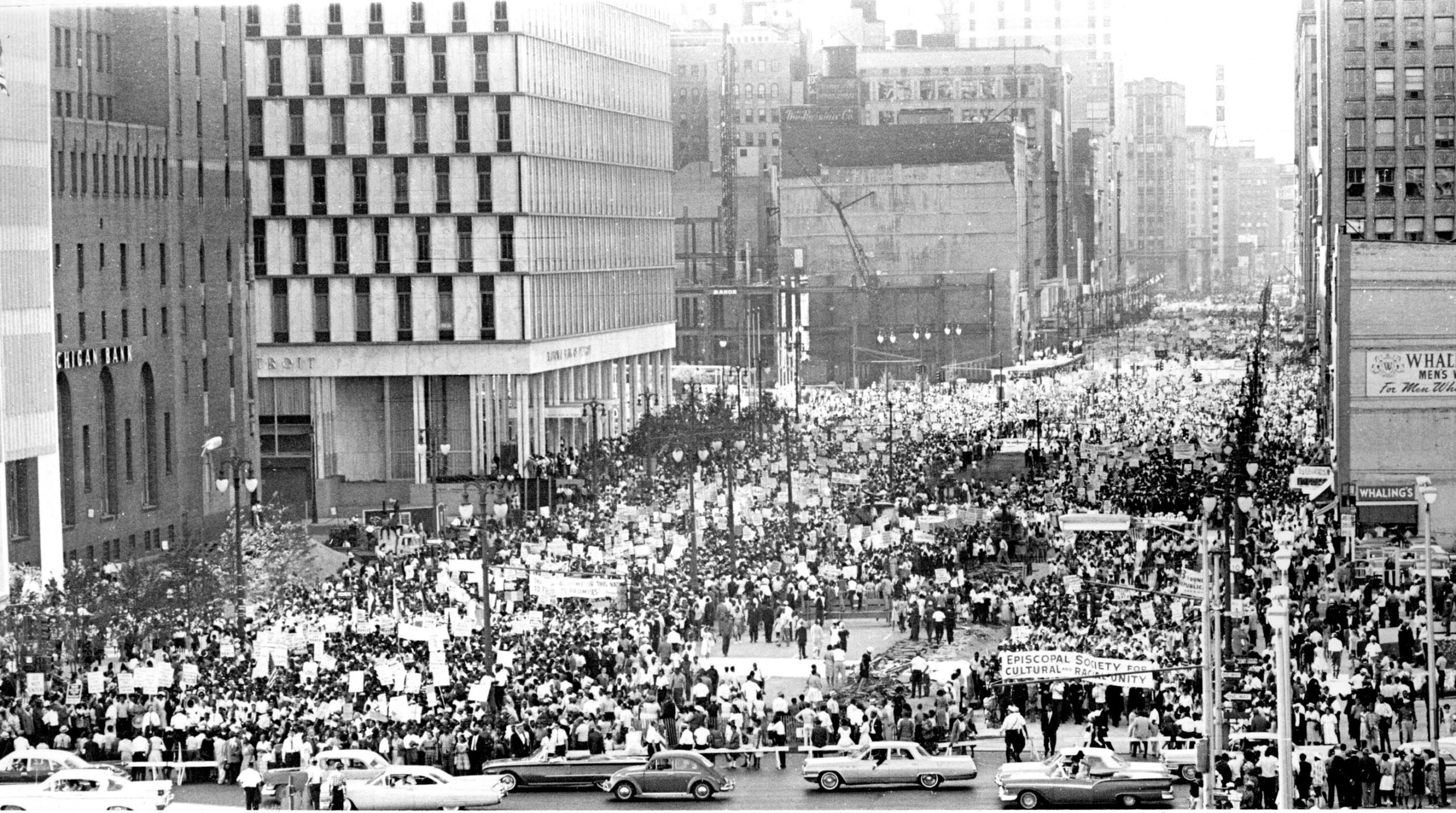 The Detroit Walk To Freedom was a mass march during the Civil Rights Movement that took place on June 23, 1963, in Detroit, Michigan. It drew an estimated 125,000 participants and spectators, which made it the single largest civil rights demonstration in the nation’s history prior to the March on Washington in Washington D.C. in August 1963.

The march was organized by Rev. Clarence LaVaughn Franklin, the father of singer Aretha Franklin, and Rev Albert B. Cleage. Franklin and Cleage and other organizers for the Detroit Council for Human Rights (DCHR), planned the march. Cleage originally wanted the march to be all-Black and led by Black people only. The Detroit branch of the National Association for the Advancement for Colored People (NAACP) threatened to boycott the march if the DCHR did not include local white leaders in the march.

The Detroit Walk To Freedom had three goals. The first purpose was to speak out against segregation and the brutality that civil rights activists regularly experienced in the South. It also addressed concerns in the urban North, including employment and housing discrimination and de facto school segregation. The march was intended to raise funds and awareness for the Southern Christian Leadership Conference (SCLC). The date of June 23, 1963, was chosen as it was the 20th anniversary of the Detroit Race Riot of 1943.

The majority of the marchers were Black, but there were prominent white participants including former Michigan governor John Swainson, Detroit mayor Jerome Cavanagh, Walter Reuther, president of the United Auto Workers (UAW), and Billie S. Farnum, the State Auditor General. The governor of Michigan at the time, George Romney, said that he was unable to attend the march because it took place on a Sunday and conflicted with his Church of Latter-Day Saints religious practices.

The march started around 3:00 p.m. on Woodward Avenue and Adelaide and continued along Jefferson and concluded at Cobo Arena and Hall. Songs like “The Battle Hymn of the Republic” were sung during the march, and people carried banners and signs. The march lasted about 90 minutes and was highlighted by a speech from Dr. Martin Luther King, which many would recall later as similar to his “I Have a Dream” speech at the March on Washington. Other speakers included Congressman Charles Diggs, Cleage, Reuther, and Swainson. Detroit-based Motown Records president Berry Gordy received permission from King to record his speech with the royalties going to SCLC.