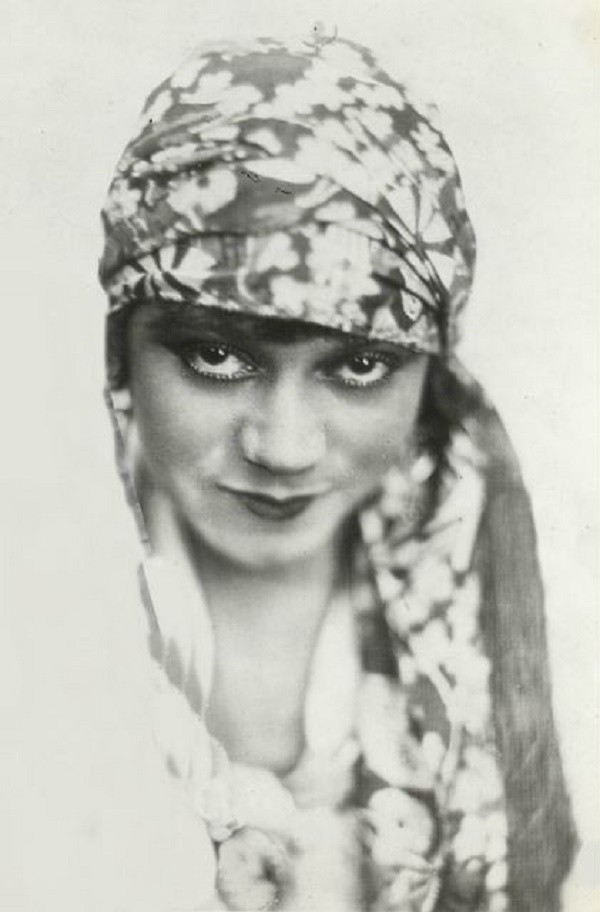 Hear a soundtrack specially chosen to enhance your learning about Gertrude C. Saunders (1903-1991)

Entertainer Gertrude C. Saunders, was born on August 25, 1903, in Ashville, North Carolina. She attended Benedict Institute (now Benedict College) in Columbia, South Carolina. During her teen years, she left to travel with the vaudeville producer Billy King Stock (Performing) Company, where she performed as the principal at the Grand Theater in Chicago, Illinois; singing King’s hits “Wait for Til the Cows Come Home” from the show The Board of Education and “Little Lump of Sugar” from The Heart Breakers both in 1918, “Hot Dog” from They’re Off and “Over the Top” in 1919, and “Rose of Washington Square” from Town Top-Piks (1920).

In 1921, Saunders was principal dancer and singer in the New York production of Eubie Blake and Noble Sissle’s musical Shuffle Along, where the legendary Josephine Baker danced in the chorus line. Saunders was famous for her scat (improvised baby-talk) at the end of her songs like “Daddy Won’t You Please Come Home.” This particular piece stimulated other female singers of the period to begin scatting in their singing, the prelude to the “Tooty-Tooty-Too” scat-singing rhythm was later used. Saunders also introduced the “Tweet-Twat-Tweet” at the old Grand Theater when she was in vaudeville.

In 1926, Saunders, who was a sought-after entertainer, starred in the principal role of Irvin C. Miller’s Red Hot Mama Show. In 1929, Saunders was highlighted in a revue conducted by the promoter Jack Gee, the husband of the “Empress of the Blues,” Bessie Smith, who was nine years older than Saunders. Smith financed the project and after the revue, it was rumored that Saunders and Gee were having an affair. This led to a physical altercation in public between Smith and Saunders that left the younger performer brutally beaten and bloody on a sidewalk. However, Saunders continued to secretly date Smith’s husband.

In 1931, Saunders was temporarily incapacitated because of severe stress and returned to Asheville to recuperate. Afterward, she co-produced her show, Midnight Steppers, in 1939.

In 1943, Saunders was in the Broadway production of Run, Little Chillun. And two years later, in 1945, she appeared in the film Big Timers.  In 1947, she was in Sepia Cinderella. Both productions targeted African American audiences.

Saunders was also highly recognized for her passion and style of performing the “Charleston” famous during the Harlem Renaissance period and singing “Sweet Georgia Brown” composed by the Black musicians Maceo Pinkard and Ben Bernie for the musical show Runnin Wild on Broadway.

Saunders was honored by the Negro Actors Guild of America in 1964 in New York City, the benevolent organization for African American entertainers. Gertrude C. Saunders, a trailblazing entertainer, died on April 1, 1991, in Beverly, Massachusetts. She was 87.