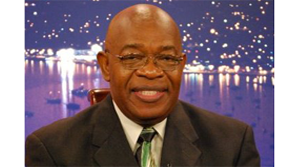 Athniel C. “Addie” Ottley, former Senator, Lieutenant Governor, and broadcasting host, was born on November 19, 1941, in Charlotte Amalie, St. Thomas, the Virgin Islands, to Aubrey Ottley, the postmaster of Charlotte Amalie and Iris Ottley. He was the oldest of 11 children.

As a teenager, Ottley built and operated his own ham radio and became the first teenager to be granted a Ham radio license KV4BW on St. Thomas. He attended Saints Peter & Paul Catholic High School in Charlotte Amalie, and during his sophomore year in 1957, he won a local disc jockey contest hosted by radio station WSTA. Two years later, in 1959, as a graduating senior, he was elected president of the Senior Class.

Afterward, Ottley traveled to New York City, enrolled in the RCA Institute of Technology, and graduated in 1962. He later attended the Indiana Institute of Technology in Fort Wayne, Indiana, majoring in electronics and engineering. He married Alice Louise Johnson there, and they parented two sons, Alan and Andre Ottley, and three daughters, Angela and Alfreda. 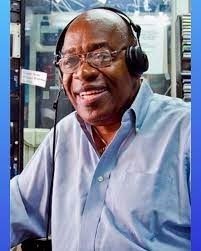 In 1977, Ottley returned to his morning show at WSTA 1340 AM and hosted a weekly TV show, “Face to Face,” produced by Public Broadcasting Station WTJX Channel 12. In 1985, Ottley, founded and became president of Ottley Communications when he and selected family members and several local investors bought the WSTA radio station. It was the first radio station to be locally owned.

In 2014, Ottley was honored at the 5th Annual Keys and Swords Award Benefit by His Excellency, Herbert A. Bevard, Bishop of St. Thomas and The Diocese of St. Thomas in the Virgin Islands Ottley was knighted by Pope Francis to the Order of St. Gregory in 2017 and received the Doctor of Humane Letters from the University of the Virgin Islands in 2018 for his work in keeping residents calm through several hurricanes.

In 2021, the 34th Legislature of the Virgin Islands named a roadway in St. Thomas in Ottley’s honor for his years of informing and educating the public.