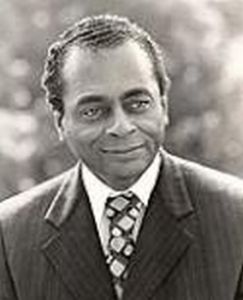 Born in Philadelphia, Pennsylvania on August 24, 1919, Harold Delaney was one of several African American scientists to work on the Manhattan Project in World War II. The eldest child of William and Henriette Delaney, Harold had four sisters, Mildred, Gertrude, Laura, and Ethel, and a brother, William.

Delaney studied chemistry at Howard University in Washington, D.C. and earned his B.S. and M.A. degrees in 1941 and 1943, respectively. In March 1943, Delaney co-authored an article with his graduate adviser, Dr. Robert Percy Barnes, and with Dr. Victor Julius Tulane and Dr. Stewart Rochester Cooper in the Journal of Organic Chemistry, a prestigious peer-reviewed journal. Tulane and Cooper were also faculty members in the Department of Chemistry at Howard University. In November 1943, Delaney published a second article with Barnes in the Journal of the American Chemistry Society, another prestigious peer-reviewed journal. Publication of these two articles completed the requirements for Delaney’s M.A. degree. In addition, Barnes, Tulane, and Rochester were highly productive chemistry researchers publishing several peer-reviewed journal articles.  Barnes authored approximately 40 scientific articles during his career. This is significant because peer-reviewed scientific articles are considered the “currency of science.”

After completing his M.A. degree, Delaney worked as a chemist on the Manhattan Project between 1943 and 1945 at the University of Chicago. The Manhattan Project, one of the most important scientific projects of the 20th century, led to the development of the atomic bomb which ended World War II.

After his appointment at the University of Chicago ended in 1945, Delaney worked as an assistant professor of chemistry at North Carolina Agricultural & Technical University in Greensboro, North Carolina from 1945 to 1948. He later returned to Howard University to complete his doctoral degree and became one of the first two graduate students to earn a Ph.D. in chemistry in 1958 from Howard. Delaney held several academic and industrial positions over his career, including serving as a faculty member at Morgan State University in Baltimore for 21 years (1948-1969) and working as a research chemist at E.I. Dupont de Nemours & Co for three years (1966-1969).

In 1974 Delaney became the first male president of Manhattanville College, a woman’s college in Purchase, New York. He later served as vice president of the American Association of State Colleges and Universities headquartered in Washington, D.C. He retired from that post in 1987.

Delaney married Geraldine East, a native of North Carolina, in 1946. East earned a degree from North Carolina A&T where she met Delaney, and later taught in the Baltimore public schools from 1953 until 1968. The couple had two sons, Doyle and Milton.

Delaney and his wife died on August 2, 1994 at their home in Pilot Mountain, North Carolina. He was 74.