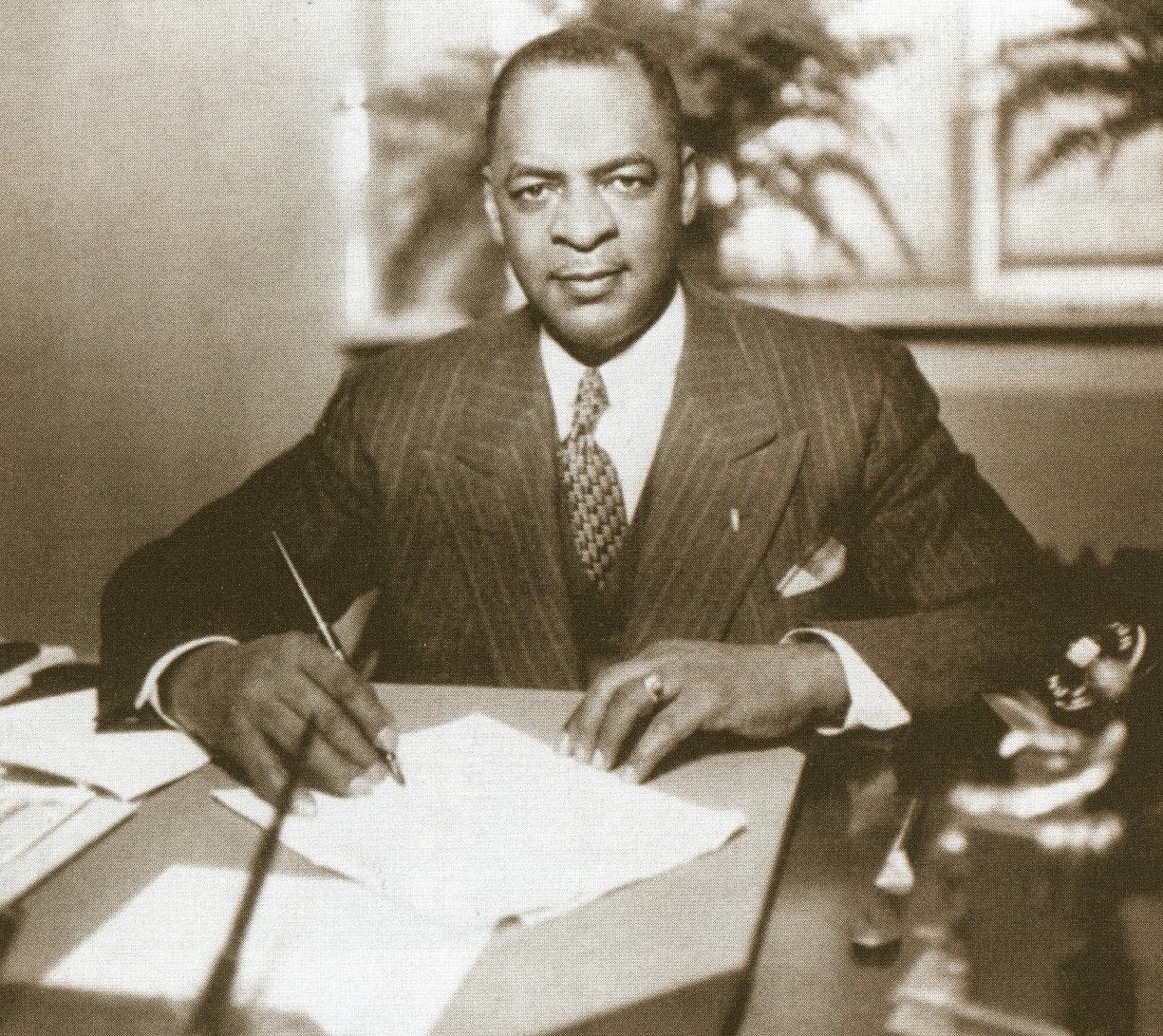 William Levi Dawson was a well-known Chicago, Illinois lawyer who became one of the city’s most influential politicians.  His career paralleled the rising significance of African Americans in the Democratic Party.  Dawson was born in Albany, Georgia on April 26, 1886.  Little is known of his formative years.  In 1912, Dawson graduated magna cum laude from Fisk University in Nashville, Tennessee.  Shortly afterwards he migrated to Chicago where he studied law at Northwestern University.  Once the United States entered World War I in 1917, Dawson joined the US Army and was soon commissioned a second lieutenant with the 365th Infantry when it served in France. Dawson returned to the United States in 1919, passed the Illinois Bar Exam, and the following year began the practice of law in Chicago.

Dawson was also attracted to politics.  He began his career as a Republican and served as the state central committeeman for the First Congressional District of Illinois from 1930 to 1932.  During that period Dawson was a close political ally of then Congressman Oscar DePriest. From 1933 to 1939 Dawson was a Republican alderman from Chicago’s Second Ward.  In 1939, however, Dawson switched to the Democratic Party and three years later ran successfully for Congress from Illinois’s First Congressional District that had been held by Oscar DePriest and then Arthur W. Mitchell.  Dawson held that seat until his death in 1970.

During his career Dawson opposed the poll tax which prevented Southern blacks from voting.  His major legislative accomplishment was the defeat of the Winstead Amendment which would have allowed military personnel to choose whether they would serve in integrated units after President Harry Truman desegregated the armed forces in 1948.  In 1949, when Dawson was appointed Chair of the House Committee on Government Operations, he became the first African American to preside over a regular Congressional Committee.

Dawson amassed a significant power base in the city of Chicago by working closely with the Democratic Political Machine.  He and his allies delivered the vote to Machine-endorsed candidates at the local, statewide, and national levels and in return he was awarded appointments and other political patronage which he distributed among his loyal allies and supporters.  Among his constituents and admirers Dawson became known as “The Man” because of his political clout.

Dawson was particularly active in the 1960 presidential campaign where he was an ardent supporter of Democratic nominee John F. Kennedy. The heavy vote that Dawson organized for Kennedy in Illinois’s First Congressional District was credited with carrying the state of Illinois for the Democrats and thus providing Kennedy his margin of victory in the electoral college. Kennedy attempted to reward Dawson by offering him the Postmaster General’s position, an appointment which, had it been confirmed by the Senate, would have made the Chicago congressman the first black cabinet officer.  Dawson declined the offer preferring to remain in the House where he felt he could be more effective for his constituents.

William Levi Dawson, a member of Alpha Phi Alpha Fraternity, spent more than 27 years in Congress.  The Congressman died in office on November 9, 1970 at the age of 84.