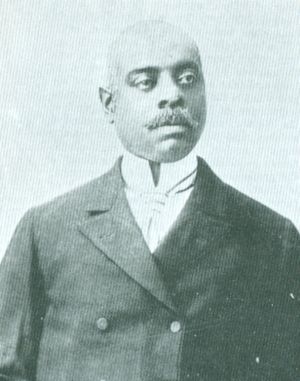 William Chase was born in 1854 to a free black family in Washington, D.C.  Chase was raised in integrated neighborhoods and attended local area schools including Howard University Law School.  Chase combined the practice of law with journalism for most of his career and was also active in Republican politics, serving as District of Columbia delegate to the party’s national convention in 1900 and again in 1912.

William Chase is most well known for his nearly forty years of service as editor of the Washington Bee, a weekly publication that, during its run, was the oldest secular newspaper in continuous publication in the country.  As one of the great 19th-century editors, Chase served as a formidable “race man” and used his newspaper to voice a variety of opinions about all issues relating to African Americans and American race relations. William Chase’s Washington Bee was published weekly from 1882 through 1922 and documented extensive opposition to segregation and discrimination throughout the United States.  His newspaper fought for equal rights at a time when only a handful of black publications existed at all.

For his editorial style and relentless focus of criticism for race relations, Chase is remembered as one of the most significant African American editors of any newspaper in the country. Under the motto, “Honey for Friends, Stings for Enemies,” Chase used the Washington Bee to condemn the racial violence so prevalent during his lifetime, and criticized both the federal government and the Republican Party (to which he belonged) for their support and endorsement of racial segregation. At the same time, Chase characterized the black leadership of his day as too accommodating or too theoretical to make much of a difference in the lives of ordinary African Americans. Chase took over the Washington Bee in 1882 and was its sole editor and proprietor until his death in 1921.