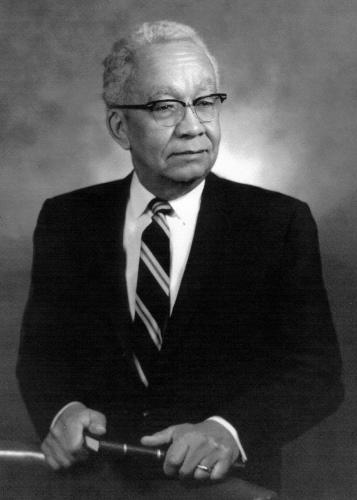 A native of Tuskegee, Alabama, Nathaniel Oglesby Calloway was a pioneer in the field of chemistry. As a child growing up in Tuskegee, he spent time with George Washington Carver, a well-known soil chemist and faculty member at Tuskegee Institute (now Tuskegee University). In 1930, Calloway earned a B.S. degree in chemistry from Iowa State University. Three years later, he became the first African American to earn a Ph.D. in chemistry from Iowa State University.

After completing his doctoral studies at Iowa State University, Calloway accepted a faculty position in the Department of Chemistry at Fisk University. As a faculty member, Calloway was a very successful researcher, publishing several peer-reviewed articles in top chemistry journals such as the Journal of the American Chemical Society.

Remarkably, Calloway continued his passion for knowledge and discovery and earned his M.D. degree from the University of Chicago in 1943. Subsequently, Calloway served as an assistant professor at the University of Illinois Medical School and worked as a practicing physician. Calloway also helped to establish the Medical Associates Clinic in Chicago.