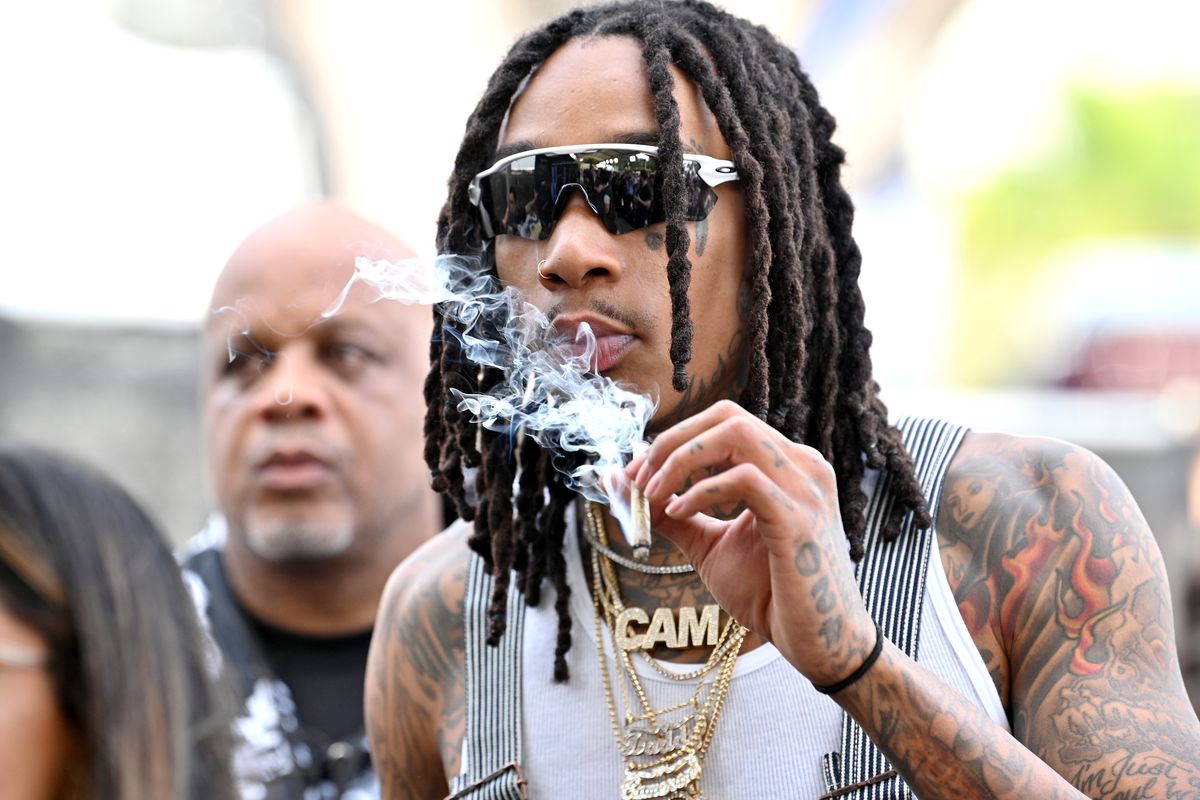 Rapper, singer, and songwriter known by his stage name, Wiz Khalifa, was born Cameron Jibril Thomaz on September 8, 1987, in Minot, North Dakota, to Peachie Wimbush-Polk, and Laurence Thomaz. Both parents were in the Air Force and divorced when Thomaz was 3 years old. Thomaz spent time with both parents throughout his youth, and lived in Japan, Germany, and the United Kingdom before his mother settled in Pittsburgh, Pennsylvania, in 1996. He began writing his own music at the age of 9, and by 2002, Thomaz was recording music at a professional studio. He released his first mixtape, Prince of the City: Welcome to Pistolvania, in 2005. Thomaz graduated from Taylor Allderdice High School in Philadelphia in 2006, the same year he released his debut album, Show and Prove, with Rostrum Records

Thomaz signed his first major label contract with Warner Bros. Records in 2007 but continued to release multiple mixtapes over the next two years with Rostrum Records. He parted ways with Warner Bros. Records in 2009 without any releases under the label. Thomaz then released his second album, Deal or No Deal, but neither his first nor second album received chart-topping status. He began to gain notoriety by touring with other artists such as The Game, U-God, David Banner, and Yelawolf, and was named MTV’s Hottest Breakthrough MC of 2010. Thomaz released the single, “Black and Yellow,” from his third album, Rolling Papers (2011). The single became his first hit and was certified six times platinum (selling 6 million copies), with the album being certified double platinum.

The first single, “Work Hard, Play Hard,” from Thomaz’s fourth studio album, O.N.I.F.C. (Only Nigga In First Class) was certified platinum, as well as the O.N.I.F.C. album. His fifth album, Blacc Hollywood (2014) included the single “See You Again,” which was a tribute to the late actor Paul Walker from the movie Furious 7. The single sold 4 million copies and the album was certified gold (selling 500,000 copies). His sixth album, Rolling Papers 2 (2018), debuted at No. #2 on the Billboard 200 chart and eventually sold 500,000 copies.

Thomaz made his film debut in the movie Gangs of Roses 2: Next Generations (2012) and has been featured in several television shows. He appeared in Season 1, episode 9 of the MTV show, This Is How I Made It, and he also starred in Season 5 of the Fox network series, The Masked Singer, where he placed third as The Chameleon. Thomaz has won a BET Award for Best New Artist (2011), three Billboard Music Awards for Top New Artist (2012), Top Hot 100 Song (2016), and Top Rap Song (2017), and two Teen Choice Awards for Choice R&B/Hip-Hop Song and Choice Song from a Movie or TV show (2015).

Thomaz began dating model Amber Rose in 2011. They married in 2013 but divorced in 2014, shortly after the birth of their son, Sebastian Taylor Thomaz. Thomaz is an avid marijuana smoker and is sponsored by RiverRock Cannabis, a national medical marijuana dispenser. The company sells “Khalifa Kush,” a strain developed by Thomaz. The Pittsburgh City Council has declared December 12 as “Wiz Khalifa Day” in the city.