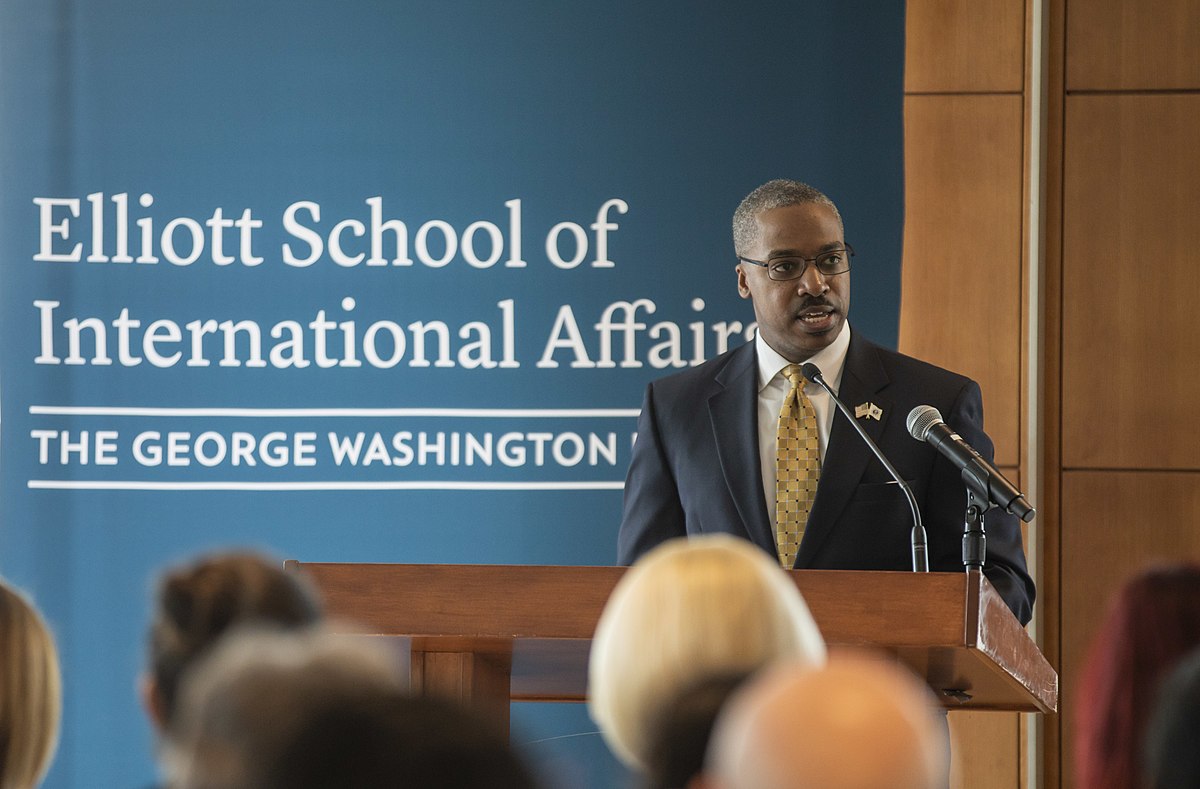 Reuben E. Brigety II was named the first African American President of the University of the South in 2020 but before that gained recognition for his involvement in American diplomacy organizations and work as a U.S. ambassador to the African Union (AU), 2013-2015. Dr. Brigety was born on September 7, 1973 in Jacksonville, Florida to physician Reuben Brigety and teacher Barbara Brigety. Brigety graduated from Sandalwood High School in Jacksonville as salutatorian before his appointment to the U.S. Naval Academy in 1991. There, he earned a B.S. in political science and was designated a Distinguished Naval Graduate.

Brigety’s political science degree soon led him into foreign service. After a brief tenure as a speechwriter and analyst at the Pentagon, he was granted the Thomas G. Pownall Scholarship from Naval Academy alumni, an honor which allowed him to study at the University of Cambridge in England. For the next two years, he completed his master’s degree in international relations. Then, returning to his naval roots, he returned to the U.S. to serve with active duty forces and trained to become a submarine officer. However, his passion for foreign diplomacy prompted him to request and receive an honorable discharge to return to study at Cambridge.

Back at Cambridge Brigety earned a Ph.D. in international relations studies in 2003. During this time, he also conducted research with the Arms Division of the Human Rights Watch from 2001-2003 where he conducted field work in Afghanistan and Iraq. He taught undergraduates as an Assistant Professor at both American University and George Mason University from 2003 to 2008.

Transitioning from education to foreign policy, Dr. Brigety served as Special Assistant in the Bureau for Democracy, Conflict, and Humanitarian Assistance at the U.S. Agency for International Development (USAID) from 2007 to 2008, writing and speaking on the necessity of civilian protections during wartime. In 2008, he became both the Director of the Sustainable Security Program at the Center for American Progress and the senior advisor for the Development and Security for the U.S. Central Command Assessment Team in Washington, D.C. and Doha, Qatar.

After ending his ambassadorship in September 2015, Dr. Brigety returned to education, serving as the Dean of the Elliott School of International Affairs at George Washington University until June 2020. At that time, he began his appointed position as Vice-Chancellor and President of the University of the South, a position that he holds today.

Brigety is married to Dr. Leelie Selassie, a critical care physician. They have two sons together, Roebel, 15, and Redda Alem, 12.