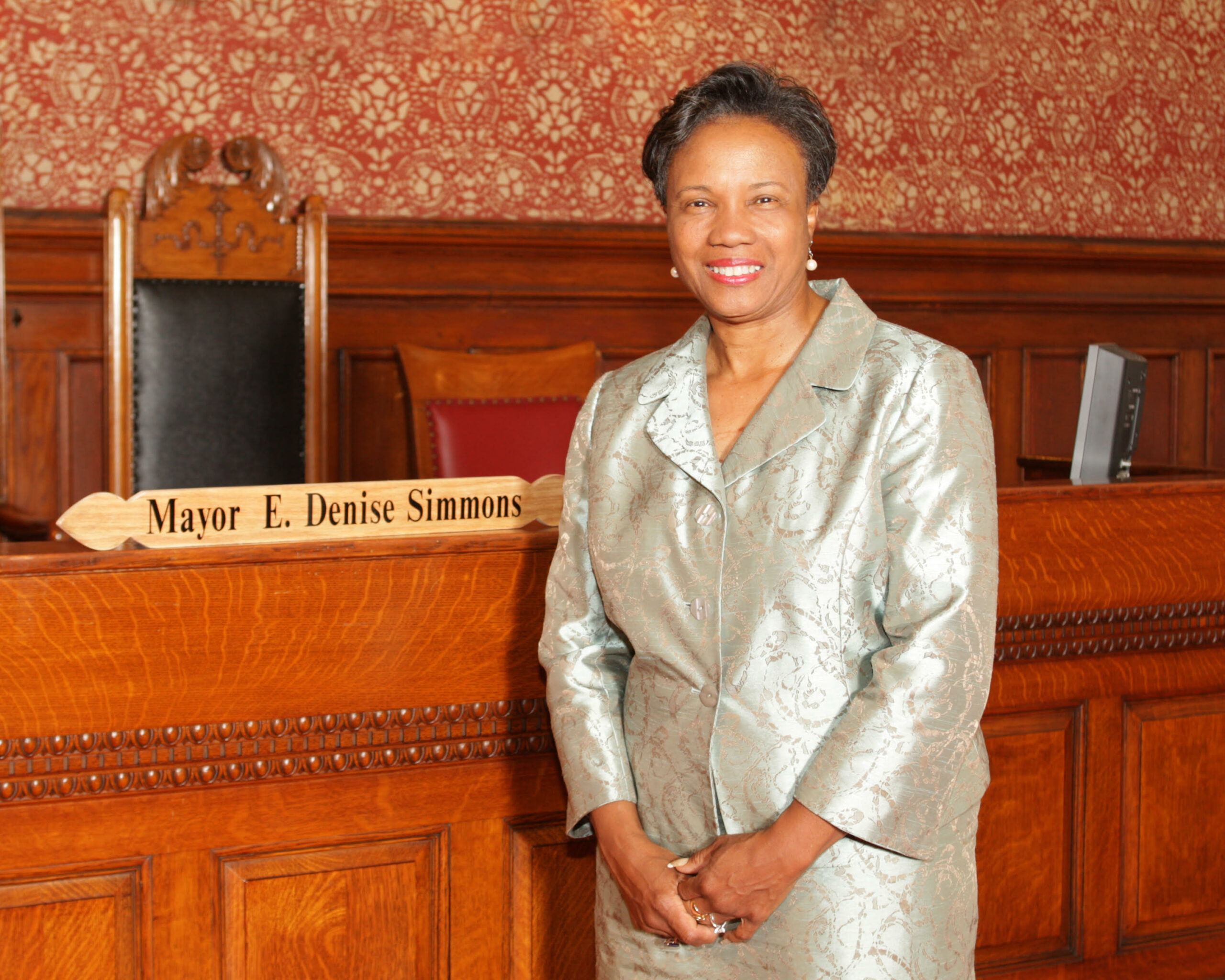 E. Denise Simmons made history in 2008 by becoming the first openly lesbian African American mayor in the United States. She was selected by fellow city councilors in Cambridge, Massachusetts, to serve as mayor of the city for a two-year term from 2008 to 2010.

Simmons was raised in a working class neighborhood of Cambridge and attended public schools in the city. She earned a bachelor’s degree in sociology from the University of Massachusetts at Boston and later obtained a graduate degree in psychotherapy from Antioch College. An entrepreneur, Simmons founded theCambridegeport Insurance Agency in 1982.

Although she has worked as a family historian and photo archivist, Simmons has also conducted workshops for various organizations across the world, including the Cambridge public school system. Her participation in Cambridge city government has also included serving as a Justice of the Peace and as the executive director of the city’s Civic Unity Committee. In 1992 Simmons was elected to the Cambridge School Committee which is the local school board.

In 2001 Simmons won a seat on the Cambridge City Council. She campaigned on the theme of making local government more accessible to historically marginalized groups of people, including gays and lesbians. Through her dedication, personality, and resilience, she gained support of various political constituencies in the city. That broad-based support helped propel her into the mayor’s chair on January 14, 2008.
In February 2010, Simmons, who had returned to a seat on the Cambridge City Council, ran unsuccessfully for an open state seat on the Massachusetts State Court (state legislature) representing parts of Middlesex, Suffolk, and Essex Counties. Although she came in third place in the April 13, 2010, Democratic primary, she continued to work for her constituents in Cambridge, who in November 2013 elected her to a seventh two-year term on the city council.  She was also named vice mayor of Cambridge in January 2014

Although she is now openly lesbian, Simmons was once married to a man with whom she had children. She is now a grandmother. On May 17, 2004, however, Simmons married her life partner, Mattie B. Hayes, at St. Bartholomew’s Episcopal Church, one of the oldest African American churches in Cambridge. Simmons and Hayes became the first same-sex couple to marry at the church, adding to its long and rich history of social activism.