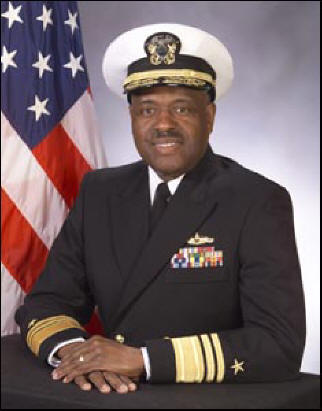 Brewer served as an enlisted sailor in the Navy for two years between 1968 and 1970 until honorably discharged.  Later in 1970 he was commissioned an ensign in the Navy. His first assignment as an officer was aboard the USS Little Rock as Electric Warfare Officer. He then served as Minority Recruiting Officer at the Naval Recruiting District in Memphis, Tennessee before returning to the sea in June 1975 as the Combat Information Center Officer aboard the USS California. From 1978 to 1980, Brewer attended Surface Warfare Officer’s Department Head School in Newport, Rhode Island.  In 1988 he was selected by the Chief of Naval Operations (CNO) to be Special Assistant for Equal Opportunity, making him the CNO’s personal representative at equal opportunity forums across the country.

Brewer was promoted to Rear Admiral in 1993 and Vice Admiral in 2002.  From 1991 to 2001 Brewer served as Vice Chief of Naval Education and Training. During this time, he helped develop the Navy College Program by negotiating contracts with 11 colleges and universities to provide bachelor and associate degree programs to over 300,000 sailors. From 2001 until his retirement from the Navy in 2006, he commanded the Military Sealift Command, a fleet of 110 naval vessels around the world. Notably during his time as Commander, he oversaw the partnership with private sector shipping companies, and the Military Sealift Command’s disaster relief efforts after Hurricane Katrina.

David L. Brewer was born on May 19, 1946 in Farmville, Virginia to a family of educators. His father, David L. Brewer Jr. taught at Brewer’s high school for over 33 years, and his mother Mildred S. Brewer was a middle school teacher. At the age of five he moved with his family to Orlando, Florida where he attended elementary and secondary school. He then earned a Bachelor of Science in Biology at Prairie View A&M University in 1968. There he was also a graduate of the first Naval Reserve Officer Training Corps unit at Prairie View A&M University.

Following his retirement from the United States Navy at the rank of Vice Admiral, Brewer was selected as superintendent of the Los Angeles Unified School District in 2006. He served until 2008, and during his time as superintendent, the reported dropout rate in the district fell by 17%. Brewer is passionate about education and heads the David and Mildred Brewer Foundation named after his parents, which provides scholarships for African American students. He has visited hundreds of high schools across the country to inspire students and encourage them to get their diplomas and achieve their academic goals.

David L. Brewer III currently resides in Centreville, Virginia with his wife, Richardene “Deanie” Brewer, who also works in education. The couple have a daughter, Stacy, who graduated from Hampton University, and later Pennsylvania State University’s Dickinson School of Law.