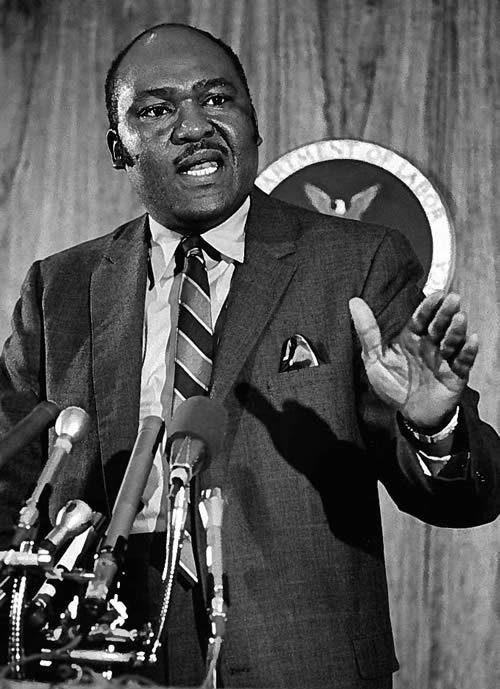 The East Pasco African American community emerged quickly during World War II when thousands of black workers were recruited to help construct the Hanford Atomic Energy Complex just north of neighboring Richland, Washington. African American workers and their families were confined to the area called East Pasco which, although prosperous during and immediately after World War II, eventually became an economically depressed area of Pasco by the late 1960s.

The East Pasco Self-Help Cooperative, founded by Arthur Fletcher who arrived in the town in 1965, was a major attempt to address the poverty of the community. Fletcher, a Republican, believed that a mixture of self-help and self-reliance, rather than government assistance, was the key to fighting poverty. He employed this strategy in East Pasco when he founded the East Pasco Co-op.

Fletcher believed when he got a job offer in 1965 in Pasco, Washington, to work for Higher Horizons, an anti-poverty project of the YMCA, he could put his self-help ideas to work. Higher Horizons provide education and training for chronically unemployed black men. Many of these men, recent migrants from the South and its poor education system, could hardly read and write. Although they were heads of households, they often found it difficult to maintain steady employment to support their families. Higher Horizons, under Fletcher’s direction, trained three hundred and eighty men.

Higher Horizons closed after only a year in operation, but given its success, Fletcher felt a similar organization could continue job and skills training. In order to facilitate his goal of creating self-help organizations among black communities, Fletcher in 1965 founded the East Pasco Self-Help Cooperative. Financed partly by urban renewal money, the project was unique among anti-poverty agencies of the time in that it was supported by the purchase of more than $20,000 in stock from residents of East Pasco. Those funds helped pay for the founding and initial support of community-owned businesses.

Within three years the Co-op had created a credit union, a service station, a childcare center, a shopping center, a barber shop, dry cleaners, and a construction company, making it one of the most successful black self-help programs in the nation. A volunteer neighborhood watch composed of East Pasco residents, patrolled the area to prevent crime against these businesses. By 1968, the Co-op had three hundred dues-paying members out of a total black population in Pasco of two thousand one hundred.

The success of this Co-op launched Fletcher’s political career. In 1968 Republican Governor Daniel Evans asked Fletcher to run for lieutenant governor on the Republican ticket. Fletcher barely lost the race that year, but the exposure enhanced his political profile, however, and he was soon appointed Assistant Secretary of Labor in the presidential administration of Richard Nixon where among other things he became known as the “father of Affirmative Action.”

The East Pasco Co-op continues to operate a variety of small businesses in the Pasco area.