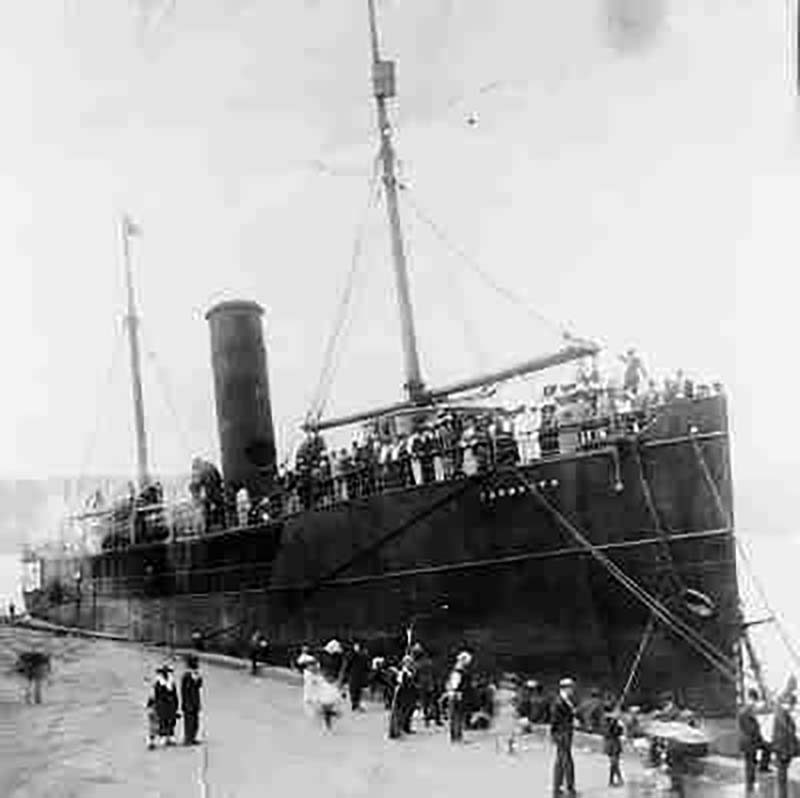 The Black Star Line (BSL) was a steamship corporation established in 1919 by Pan-Africanist Marcus Garvey, the leader of the United Negro Improvement Association (UNIA). The name, inspired by a British luxury steamship line called the White Star Line, was applied to a highly ambitious and ultimately mismanaged corporation. Similarly to the UNIA’s Negro Factories Corporation, the BSL was part of a larger effort on the part of Garvey to encourage black self-determination and economic independence. Garvey saw that blacks across the globe were largely being exploited and left out of the global economy. The BSL would partly remedy that situation by facilitating the shipment of goods among the far-flung people of the African Diaspora, thereby fostering the growth of a self-reliant and resilient global black economy.  The BSL would also transport emigrants to Africa for the establishment of a black nation-state.

Garvey started to solicit funds for the Black Star Line from UNIA members at meetings in 1919 and soon raised enough money to establish the corporation. BSL shares sold for $5 which allowed blacks of modest means to own a piece of the UNIA’s largest economic venture.  Between 1919 and 1920 alone the UNIA raised $800,000 and in the same year purchased the BSL’s first ship, the Yarmouth, a thirty-year-old vessel last used in World War I as a freighter. By the time the BSL took possession of the vessel in New York City, New York, it was beset by a number of unfixed repairs and attempted sabotage by crew members.  Two more ships, the Shadyside and Kanawha were purchased later and had problems similar to those of the Yarmouth. The Shadyside was used to ferry passengers up and down the Hudson River, but eventually sank after a seam broke in an ice storm. The Kanawha was plagued by numerous mechanical issues and staff misconduct.

Although the Black Star Line had numerous vocal critics and skeptics, the steamship corporation for a short time served as a powerful recruiting tool for the UNIA. Ultimately, however, the BSL led to the downfall of the Universal Negro Improvement Association.  Besides the mismanagement of the line by Garvey associates who had no background or training in steamship company management, the newly formed Bureau of Investigation (later the Federal Bureau of Investigation) under J. Edgar Hoover, sent a black agent to infiltrate the UNIA to find evidence to undermine the Garvey movement.  In 1922, Garvey was arrested on mail fraud charges for selling stock in a ship that had not yet been purchased for the Black Star Line.  He was convicted in 1923 and after appeals, imprisoned in 1925.  He was then pardoned by President Calvin Coolidge and deported to his home country of Jamaica in 1927.

Roland Eniclerico, “Black Star Line,” Encyclopedia of African
American History, 1896 to the Present: From the Age of Segregation to
the Twenty-first Century