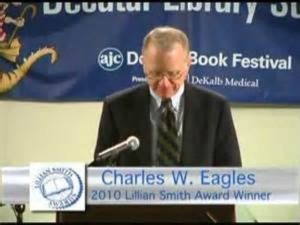 The Southern Regional Council (SRC) was formed in 1944 in Atlanta, Georgia.  It evolved out of the earlier Commission on Interracial Cooperation (CIC), which was established in 1919 to lessen racial tensions in the South after World War I.  Its specific goals included putting an end to lynching, race riots, and sharecropping, and educating white Southerners on the racial abuse suffered by African Americans in the region.  The CIC was formed by white Methodist ministers Will Alexander and Willis D. Weatherford and white liberal industrialist John J. Eagen, as well as black leaders such as Robert Moton, Principal of Tuskegee Institute.  Alexander became the CIC’s executive director and Eagan, its first president. In 1930 Jessie Daniel Ames formed the Association of Southern Women for the Prevention of Lynching as a parallel group to rally liberal white Southern women to combat lynching in their own communities.

After the Great Depression, Alexander and University of North Carolina sociologist Howard W. Odum (CIC president at the time) shifted their attention from preventing racial violence in the South to improving economic conditions for all Southerners.  They believed improved economic stability would eventually lead to improved race relations throughout the region. CIC leaders who favored Odum’s approach joined him in forming the Southern Regional Council in 1944. Branches of the SRC were formed first in Durham, North Carolina, Richmond, Virginia, and Atlanta, Georgia.

Black academics, like Gordon Hancock, a Virginia Union University sociologist, challenged Odum’s view, arguing that racial injustice was the most pressing issue facing post-World War II-era America and segregation needed to be directly challenged.  Hancock’s views were supported by author and activist Lillian Smith. Ultimately, the focus on ending segregation prevailed in 1949, which caused a massive withdrawal of white members from the SRC, who preferred to focus on economic reform.

Despite the defection of half of its membership between 1949 and 1954, The SRC continued to survive and by the mid-1950s the Council encouraged the formation of state Councils of Human Relations which helped communities cope with the process of desegregation after the U.S. Supreme Court’s Brown v. Board of Education decision in 1954. The Georgia Council of Human Relations (GCHR), for example, fought to keep schools open when the state government threatened to shut them down to avoid racial integration.  By the 1960s the Council aided other more prominent civil rights organizations such as the Southern Christian Leadership Conference (SCLC) and the National Association for the Advancement of Colored People (NAACP).

The SRC continues to publish information on the economic, political, and social issues in the South through its journal, Southern Relations (originally titled The New South). In 1968 the SCR created the Lillian Smith Book Award for authors who raise racial awareness in their literature. To this day the SRC continues to be involved in voter registration and empowering disempowered communities and communities of color to work together to challenge racial injustice.