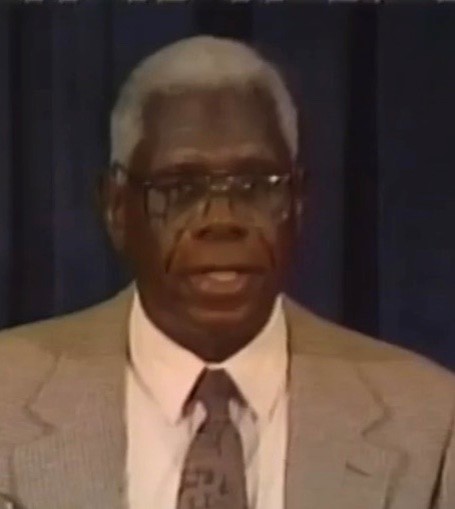 Historian Arnold H. Taylor was born in Regina, Northern Neck, Virginia, on November 9, 1929, to Isaiah Taylor and Tina Rebecca Clayton Taylor. His early education began in 1934 at Mount Olive Elementary School. However, after the school closed in 1936, he attended the Anna T. Jeanes School in Regina. In 1947, Taylor graduated with honors from the Julius Rosenwald High School in Regina. He then enrolled in Virginia Union University in Richmond, Virginia. During his junior year, he pledged Kappa Alpha Psi Fraternity and received a Bachelor of Arts degree in history in 1951. The following year, 1952, Taylor earned the Master of Arts degree in history from Howard University. His thesis was on the “Antislavery movement in the District of Columbia” and was directed by John Hope Franklin.

In 1955, Taylor took his first professional position as a history instructor at Benedict College. While at Benedict, he earned the Doctor of Philosophy degree in history from the Catholic University of America in Washington, DC, in 1963. He left Benedict in 1964 and briefly taught history at North Carolina College from 1964 to 1965 and then Southern University at New Orleans until 1966.

Taylor married Joyce Donaldson from Wilmington, North Carolina, in 1966. They were the parents of one son, Arnold Bradford Taylor, who was born in Calcutta, India, in 1967 during his ten months stay as a Fulbright Scholar at Jadavpur University until 1968, where he lectured in United States History. In addition, in 1967, Taylor wrote the article, “American Confrontation with Opium Traffic in the Philippines,” which appeared in the Pacific Historical Review in 1967.

In 1969, Taylor published his first book, American diplomacy, and the narcotics traffic, 1900-1939: A study in international humanitarian reform with Duke University Press. In 1974, he accepted a position as faculty in the Department of History at Howard University in the nation’s capital. He began the research for Travail and Triumph: Black Life and Culture in the South since the Civil War which was published by Greenwood Press in 1976. This work describes patterns of African American life that have evolved over the past three and a half centuries.

In 1997, Taylor was one of the first academic scholars to publicly condemn the Tuskegee experiment, which allowed 399 men intentionally inflicted with syphilis. He researched and wrote about the experiment and how the American system of racial apartheid encouraged these abuses that began when the experiment was first initiated in 1932. The Washington Post published his views in an op-ed piece on April 9, 1997. Taylor also contributed to The Encyclopedia of African-American heritage in 1997.

In 1998, Arnold H. Taylor became chairperson of the Department of History at Howard and retired from teaching in 2000. He currently lives in Washington, D.C.