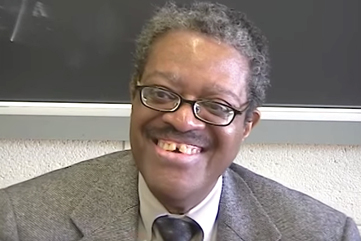 Graduating from Morehouse in 1961 with an honors bachelor of arts degree, he immediately enrolled at the University of Texas–Austin (UTA) on a Woodrow Wilson National Foundation Fellowship, earning a master of arts degree in 1962.  In 1969, he completed “Southern Negroes, 1877-1929: The Outsider’s View,” becoming the first African American to earn a UTA history Ph.D. Hornsby taught at Tuskegee Institute (1962-1965) and in 1968 returned to Morehouse as an assistant professor.

During his forty-two year Morehouse career (1968-2010), Hornsby chaired the history department for thirty consecutive years (1971-2001), was inducted into the Phi Beta Kappa honor society in 1984, and appointed the Fuller E. Callaway professor of history in 1996.  He won dozens of prizes for excellence in scholarship, teaching, and service including the 2012 Southern Historical Association’s John W. Blassingame Award. In 1979, he became an early supporter of the Association of Black Women Historians (ABWH) where he established the Lillie M. Newton Hornsby Award (1995) to honor his mother by annually recognizing the academic accomplishments of an undergraduate woman.

Over his career, Hornsby served as the president of the Southern Conference on African American Studies (1986-1988) and the Association of Social and Behavioral Scientists. A life member of the Association for the Study of African American Life and History (ASALH), Hornsby held memberships in numerous organizations including the State Committee on the Life and History of Black Georgians, the Organization of American Historians, and the American Historical Association.