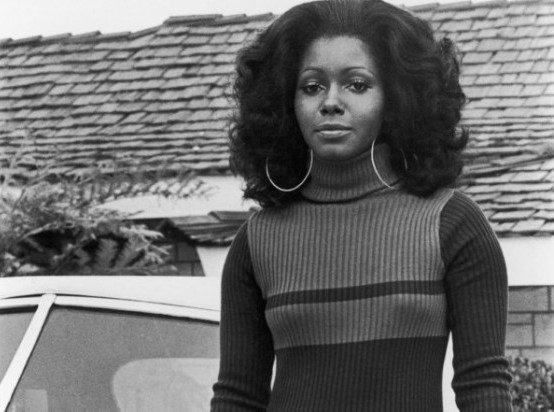 Judy Pace was born on June 15, 1942, in Los Angeles, California. Her father was an airplane mechanic and her mother was a dress maker. Her parents raised her and older sisters in the back of their retail shop, Kitty’s Place, said to be the largest local black-owned ladies shop in the area at the time.

After graduating from high school in 1960, Pace majored in Sociology at Los Angeles City College, but suffered a health setback that caused her to rethink her future plans. In 1963, Pace auditioned for the Ebony Fashion Fair, and at the age of 20, she became the youngest model to ever walk the runway for the show. The exposure launched her career. Pace was the first dark-skinned African American woman seen on film with her co-role in 13 Frightened Girls (1963). She starred in Bewitched (1964), Batman (1966), The Flying Nun (1967), Three in the Attic (1968), Mod Squad (1968), and The Young Lawyers (1969). Pace was also the first African American bachelorette on The Dating Game (1965).

Dubbed “The Black Barbie” or “The Black babydoll” and called the “new black woman – strong and confident,” her career expanded with the Black Power/ Black is Beautiful push of African American social activists in the late 1960s. Her big break, however, came with her role as a villain in Peyton Place (1968), a night-time soap opera, and in the movie Cotton Comes to Harlem (1970). Pace later reflected on her character on Peyton Place (“Vickie Fletcher”) and how much fun she had playing a role than had never been given to a woman of color before. She then went on to have recurring roles in many TV shows such as Sanford and Son, Good Times, That’s My Mama, and What’s Happening. Pace also was seen in a variety of television commercials, and was the first model to appear in Fashion Fair advertisements.

In 1971, Pace established the Kwanza Foundation, the only philanthropic nonprofit black organization honoring the women of film in front and behind the camera. It included African American actresses Esther Rolle, Marla Gibbs, Debbie Allen, and Pam Grier, who organized and held fundraisers for scholarships for minority students. Pace starred opposite Billy Dee Williams in the Emmy award winning film Brian’s Song in 1972. The film was the first to be cited in the U.S. Congressional record.

She also performed on stage, winning a starring role in a Las Vegas, Nevada all-black cast production of Guys and Dolls. Pace was first married to actor Don Mitchell in 1972. The couple had two children but divorced in 1986. Pace then married major league baseball legend Curt Flood, who died in 1997. Judy Pace retired from the screen in the 1970s.