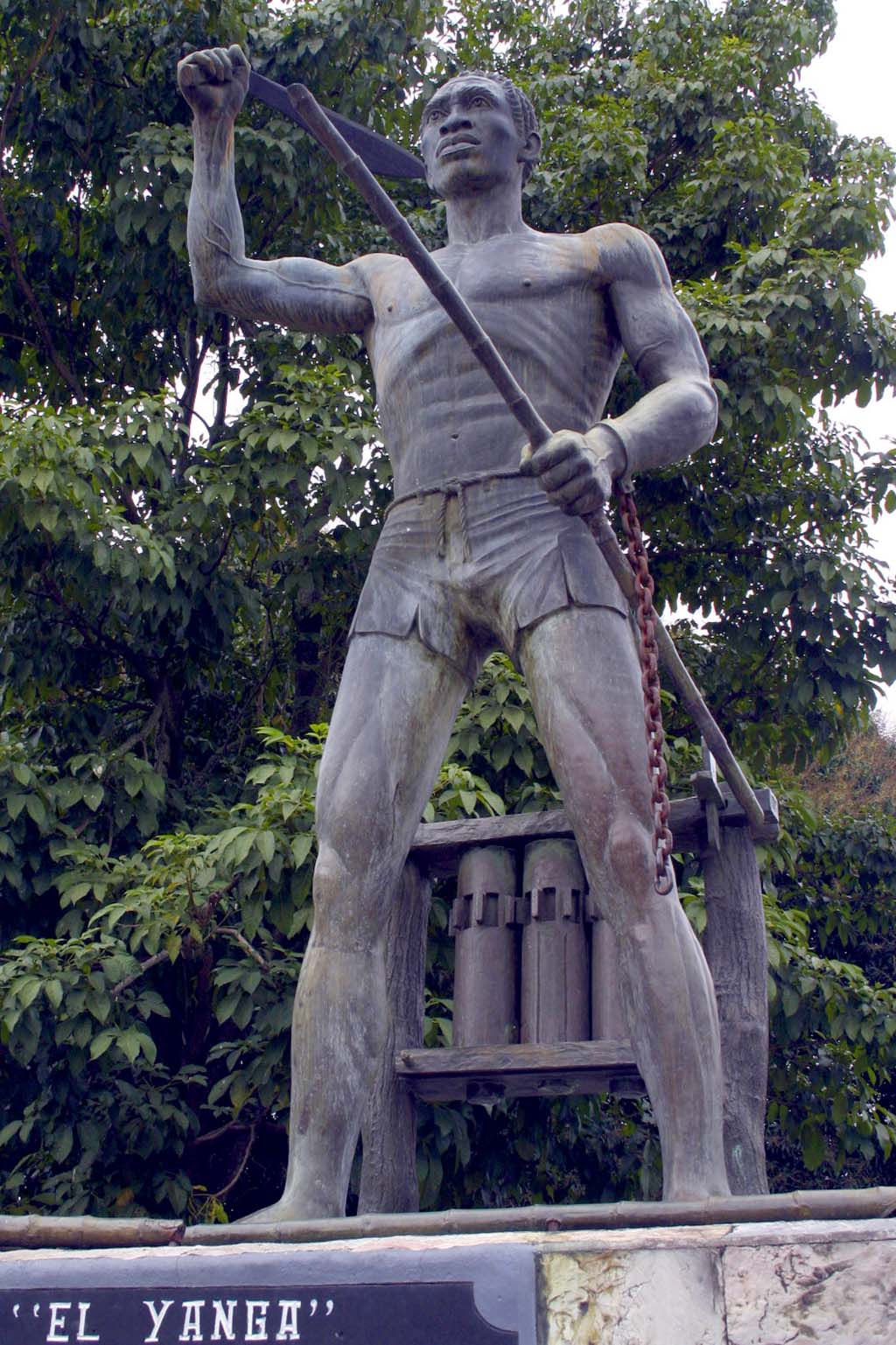 Known as the Primer Libertador de America or “first liberator of the Americas,” Gaspar Yanga led one of colonial Mexico’s first successful slave uprisings and would go on to establish one of the Americas earliest free black settlements.

Rumored to be of royal lineage from West Africa, Yanga was an enslaved worker in the sugarcane plantations of Veracruz, Mexico.  In 1570 he, along with a group of followers, escaped, fled to the mountainous regions near Córdoba, and established a settlement of former slaves or palenque.  They remained there virtually unmolested by Spanish authorities for nearly 40 years.  Taking the role of spiritual and military leader, he structured the agricultural community in an ordered capacity, allowing its growth and occupation of various locations.

During that time, Yanga and his band, also known as cimarrónes, were implicated in the disruption and looting of trade goods along the Camino Real (Royal Road) between Veracruz and Mexico City.  They were also held responsible for attacking nearby haciendas and kidnapping indigenous women.  Perceived as dangerous to the colonial system of slavery through their daring actions against royal commerce and authority, New Spain’s viceroy called for the annihilation of Yanga’s palenque. Destroying the community and its leader would send a message to other would-be rebellious slaves that Spain’s authority over them was absolute.

In 1609, Spanish authorities sent a well-armed militia to defeat Yanga and his palenque but were defeated.  Yanga’s surprise victory over the Spanish heightened the confidence of his warriors and the frustration in Mexico City.

After defeating other Spanish forces sent again the palenque, Yanga offered to make peace but with eleven conditions, the most important being recognition of the freedom of all of the palenque’s residents prior to 1608, acknowledgment of the settlement as a legal entity which Yanga and his descendants would govern, and the prohibition of any Spanish in the community.  Yanga, in turn, promised to serve and pay tribute to the Spanish crown.  After years of negotiations, in 1618, the town of San Lorenzo de Los Negros was officially recognized by Spanish authorities as a free black settlement.  It would later be referred to as Yanga, named after its founder.