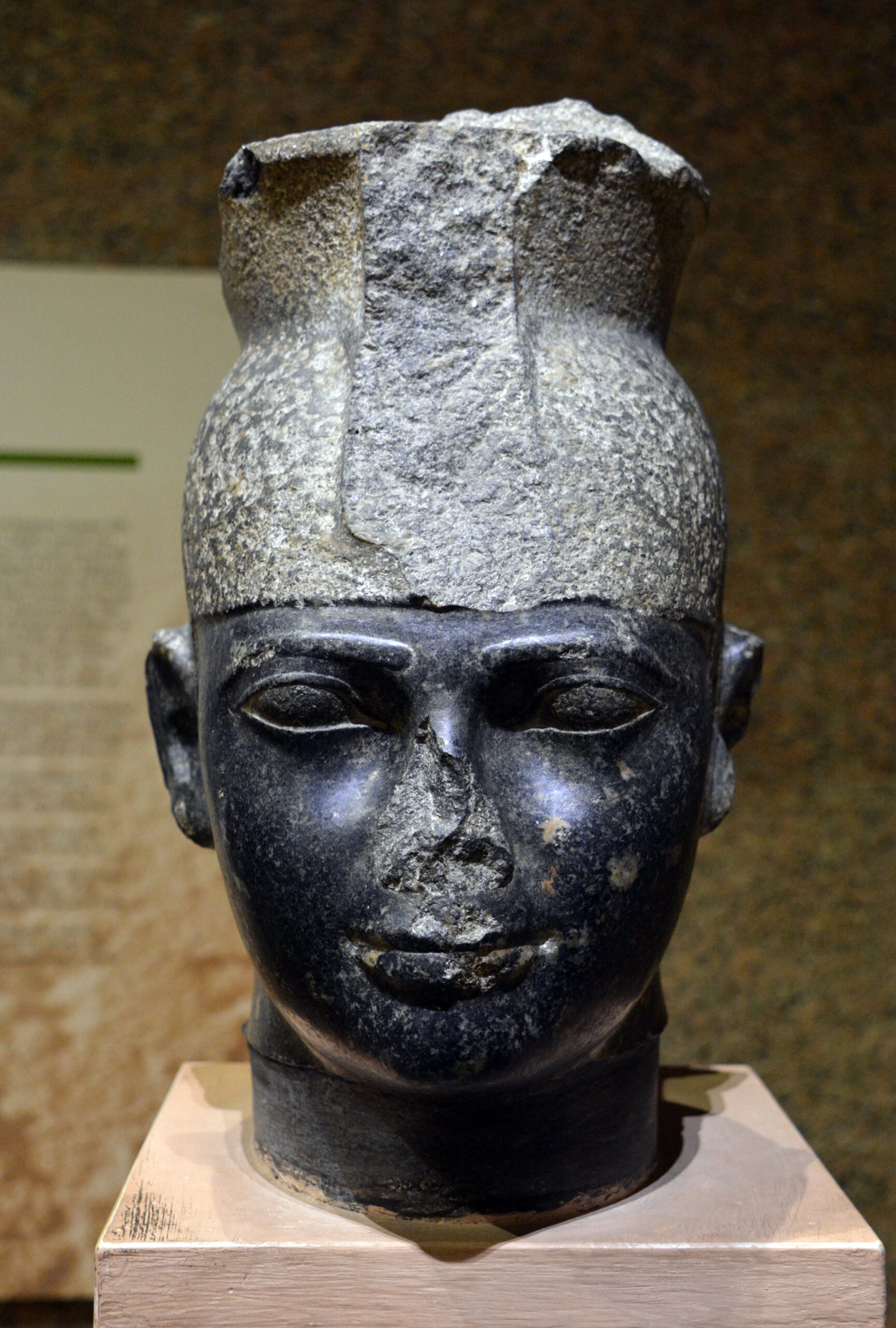 Both a pharaoh of Egypt and a king of Kush (in present-day Sudan), Taharqa (meaning “young man” or “young warrior”) was the son of Piankhi (or Piye), the king of the Kushites who conquered Egypt in 744 and founded its 25th dynasty that lasted 88 years from 744 to 656 B.C.E. As a prince Taharqa was put in command of the combined Kushite-Egyptian army by then-pharaoh Shebitku, Piankhi’s successor.

In 701 B.C.E, King Hezekiah of Judah (now part of modern-day Israel) paid tribute (ransom) to Assyria (now part of modern-day Syria and Iraq), ruled by King Sennacherib. Needing a buffer and fearing competition from Assyria, the only other major military power which could control the Levant (present day Jordan, Syria, Israel, Lebanon, and Palestine) pharaoh Shebitku encouraged Judah to resist being a vassal nation to the Assyrians and implicitly promised to defend the small Jewish state. Assyria responded by sending an army to reassert its control over Judah. Shebitku then sent 20-year-old Taharqa to intercept the Assyrian army that besieged Jerusalem and threatened to annihilate the rebellious Judah. Taharqa’s combined Egyptian-Kushite army defeated the Assyrians at the Battle of Eltekeh in what is now Israel in 701 B.C.E, freeing Judah and much of the Levant from Assyrian control. The Assyrians retreated from Judah after receiving one final ransom payment from King Hezekiah.

Eleven years later Taharqa ascended the throne of Kush and Egypt (the fourth of the Kushite pharaohs of Egypt) at age thirty-two in 690 B.C.E. He ruled for thirteen years and during that period he expanded trade in the Levant and organized, as pharaohs had before him, massive construction projects in Egypt.

Peace ended in the region in 677 BCE when Assyrian King Essarhadon declared war on Egypt, invading its territory. That conflict lasted four years and eventually Taharqa and his Egyptian-Kushite army emerged triumphant. However, the Assyrian retreat was temporarily. They regrouped and later sacked Memphis, the capital of Lower Egypt. They also successfully invaded Upper Egypt and by 656 forced Taharqa and the Kushites to withdraw south to his ancestral base in Kush and his palace in the city-state of Napata.

Taharqa’s efforts to reverse Assyrian gains in Upper Egypt ultimately failed. Because he and the Kushites were driven from Egypt by the Assyrians, they effectively ended the rule of the 25th Dynasty over Egypt. Upon his death in 664 B.C.E Taharqa was buried in a large pyramid in Nuri, southeast of Napata in what is now northern Sudan.

Renewed interest in Taharqa was generated in 2010 when a one-ton granite statue of him was found buried 217 miles northeast of Khartoum, capital city of Sudan.

Henry T. Aubin, The Rescue of Jerusalem: The Alliance Between Hebrews and Africans in 701 BC (London: Soho Press, 2002); Owen Jarus, “Massive Statue of Pharaoh Taharqa Discovered Deep in Sudan,” https://www.independent.co.uk/news/world/africa/massive-statue-of-pharaoh-taharqa-discovered-deep-in-sudan-1862007.html;
Azaria Mbughuni, “Taharqa and the Kingdom of Kush: An African Superpower of the Ancient World,” http://azariambughuni.blogspot.com/2016/02/taharqa-and-kingdom-of-kush-african.html.