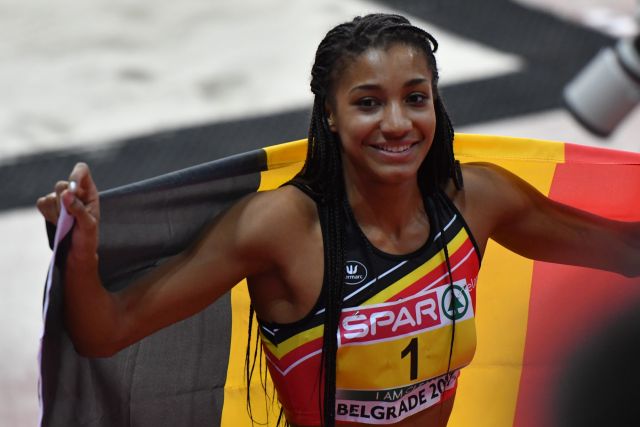 Olympic and world heptathlon champion Nafissatou Thiam was born in Namur, Belgium, 43 mile southeast of Brussels, on August 19, 1994, one of the four children of Bamba Thiam, a native of Senegal who worked as a sculptor and painter, and Belgian citizen Danièle Denisty who was a school teacher and former athlete. Thiam’s parents divorced when she was age two. At age seven she competed in first her athletic game, winning first place in a cross-country race in Rhisnes, Belgium. Initially, she was more fond of basketball and had dreamed of playing professionally but by age 14 she had connected with Roger Lespagnard, a respected Olympic decathlete and her long-time track and field coach, and moved to Belgian city of Liège to train at RFC Liège (RFCL), months later winning her first national title in 2009 as a pentathlete. 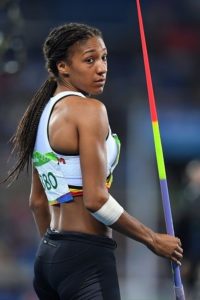 In 2016, Thiam topped all competitors in the indoor long jump and pentathlon in the Belgian National Championships. But these victories paled in contrast to what she accomplished at the 2016 Summer Olympic Games in Rio de Janeiro, Brazil. At the peak of her physicality and mental toughness, her performance in the heptathlon there, August 12 to 13, was outstanding. After trailing the British favorites Jessica Ennis-Hill, the 2012 Olympics heptathlon gold medalist, and Katarina Johnson Thompson, the 2015 European heptathlon champ, Thiam roared back on the second day. Despite having suffered torn ligaments in her elbow, she bested five of her own records in the heptathlon, taking gold with a point score of 6810. A grateful nation was glad to see her march in at the head of the Belgian national delegation in the closing Olympic ceremony hoisting the nation’s flag.