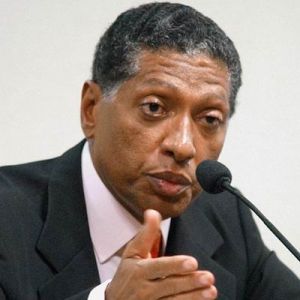 Celso Roberto Pitta do Nascimento, Sao Paulo’s first black mayor, was born to a middle class couple in Rio de Janeiro, Brazil on September 29, 1946.  His father was white and his mother was black. After completing his undergraduate degree at the Federal University of Rio de Janeiro, Pitta studied transport economics in the University of Leeds in England and spent a year at Harvard Business School. A series of executive positions followed, the last of which would launch his political career.

Pitta became chief financial officer of Eucatex in 1987, a land development company owned by Roberto Maluf, brother of twice mayor and Sao Paulo politician Paulo Maluf. When the city’s Secretary of Finance passed away, Pitta took the position, working under Paulo Maluf where they secured favorable government contracts and deals for the Maluf family’s businesses.

In 1996 when Paulo Maluf ran for president, Pitta was chosen as his political heir in Sao Paulo, running as candidate for the center-right Progressive Party. He won by a margin of 57% in a runoff race.  When Pitta took office in January of 1997, he had inherited a $1 billion debt and unresolved questions relating to the issuance of government securities. Budget and infrastructural cutbacks were ordered, soon leading to public spaces strewn with refuse and weed growth.

Pitta emphasized a “personal responsibility” approach to many of Sao Paulo’s problems, including encouraging environmental protection by issuing fines for littering and introducing Breathalyzer devices to mitigate drunk-driving. Also, modeling his reform on what he saw as the successful approach of New York City, New York’s mayor Rudolph Giuliani in the 1990s, Pitta transferred police authority to the municipal level, along with the city’s administrative divisions, in order to minimize bureaucratic gridlock and give localities more control.  In a similar push towards greater efficiency, he worked to expand the city’s metro system.

The business press favored Pitta’s approach towards opening Sao Paulo up to multinational investment. He encouraged investing in the dilapidated eastern section of the city by offering tax incentives to nonpolluting firms.  Pitta also implemented a number of social reforms. He moved 800 families out of slum dwellings and into public housing and provided municipal jobs for the homeless and recently laid-off city bus drivers.

His political career came to an end, however, in 2000 as numerous scandals involving fraud, misappropriation of public funds, and tax evasion were exposed.  Many of these scandals involved his dealings with Paulo Maluf and his associates. Pitta spent the rest of his life fighting corruption-related charges including some stemming from revelations by his former wife, Nicea Camargo.