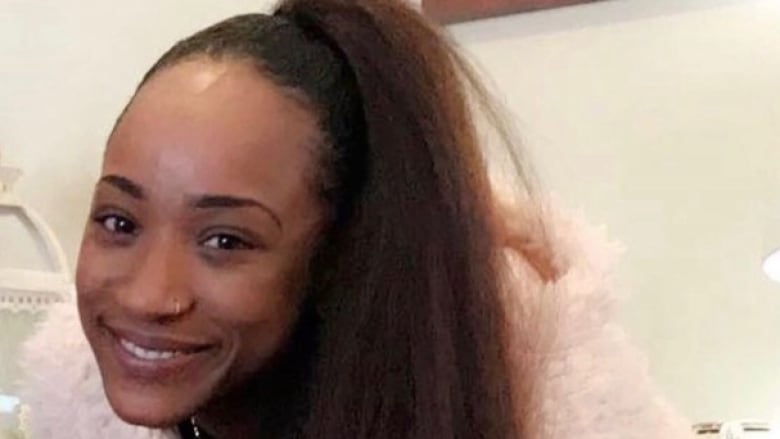 Hundreds gathered in Toronto for the first annual Regis Korchinski-Paquet Memorial Walk for Justice, organized by Black Lives Matter on July 25, 2020, to honor the life of a young African-Canadian woman who fell 24 floors to her death during an encounter with police.

Regis Korchinski-Paquet, the daughter of Claudette Beals-Clayton and Peter Korchinski, was deeply proud of her Black Nova Scotia roots and Ukrainian heritage. She was a talented gymnast and dancer during her school years, and held a variety of jobs after high school, including working for a computer security company and at a deli counter.

Korchinski-Paquet was diagnosed with epilepsy five years before her death and found it increasingly difficult to maintain a job because of her seizures and the effects of epileptic postictal phenomena, a condition occurring after seizures that is marked by drowsiness, confusion, migraine, and other disorienting symptoms. On several occasions Regis experienced psychiatric crises that required hospital visits.

On the morning of May 27, 2020, during a heat wave and under COVID restrictions, Korchinski-Paquet had a seizure in the family apartment at 100 High Park Avenue in Toronto. Her mother called 911 and requested assistance in de-escalating a family conflict and getting Korchinski-Paquet safely to a hospital. At least five officers responded and met Korchinski-Paquet, her mother, and brother, in the hallway outside their apartment.

The family believes that the integrity of the Special Investigations Unit (SIU) investigation was compromised by intentional leaks to news outlets to sway public opinion. The SIU denied that it leaked information.

The family’s lawyer said the SIU has a history of pro-police bias and a high rate of clearing police officers of wrongdoing. With the help of their legal team and Howard Morton, a former head of the SIU in the 1990s, the family carried out an investigation of their own. They found a new witness and succeeded in having a second autopsy performed in Newfoundland. In a statement made July 15, 2020, lawyers for the family suggested that there might be grounds for criminal charges against the officers who were in the apartment at the time of Korchinski-Paquet’s death.

In August 2020, the SIU cleared five officers in the death of Korchinski-Paquet. The family then filed a complaint with the Office of the Independent Police Review Director, claiming misconduct and neglect of duty. They claim that officers did not follow de-escalating procedures and that the SIU report is inconsistent and missing crucial information. The family’s complaint process is ongoing.