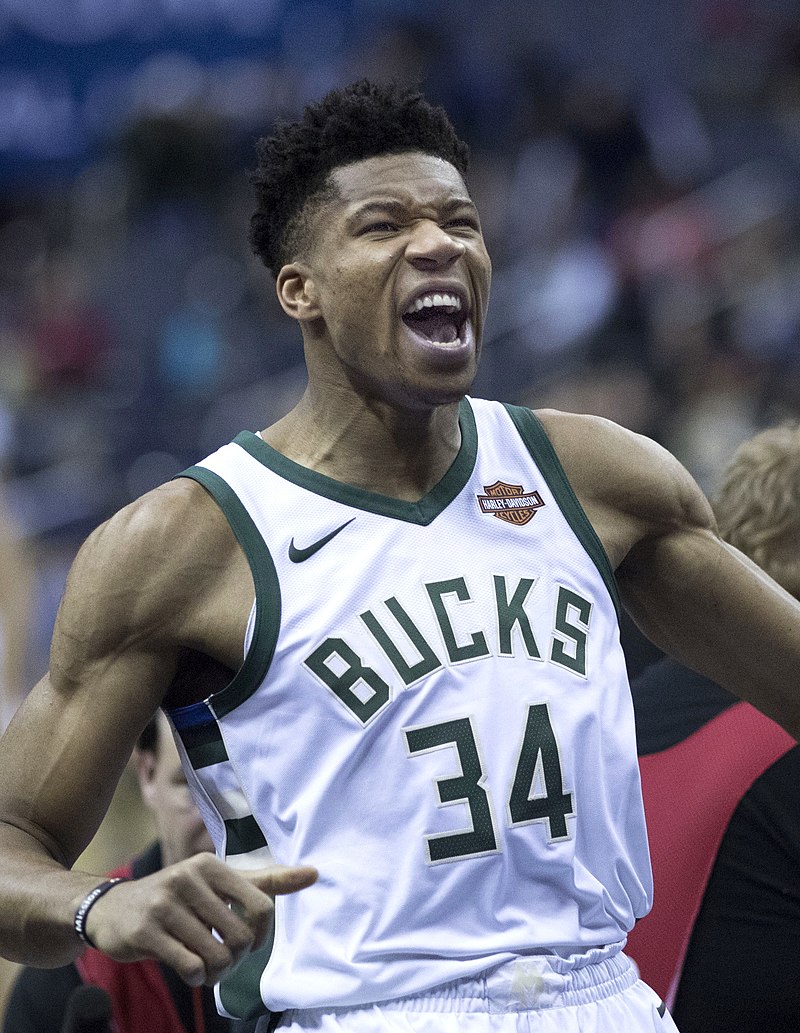 Despite being born in Greece, Antetokounmpo didn’t received his Greek citizenship until in 2013 two months before he enter the 2013 NBA Draft. After receiving his citizenship, his last name that was originally Adetokunbo changed to Antetokounmpo. In 2011, Antetokounmpo played with the Greek senior men’s team, Filathlitkos, in the semi-pro Greek B Basket League until 2013. In 2013, he declared himself available for the 2013 NBA Draft and was selected 15th overall in the first round by the Milwaukee Bucks. At 18, Antetokounmpo would become one of the youngest players in the NBA.

During his rookie season, Antetokounmpo averaged around 6.8 points, 4.4 rebounds, and 1.9 assists and was named to the 2013-14 NBA All-Rookie second team. Antetokounmpo continued his player development during his NBA career. In 2016, he signed a four-year, $100 million contract extension with the Bucks. The 2016-2017 season would be his breakout season, raising him to superstardom when he was named a starter in the 2017 NBA All Star game with the Eastern Conference All-Star Team. He also became the youngest player in franchise history to start in an All-Star game at the age of 22. Also, during that season, he won the NBA Most Improved Player Award becoming the first Milwaukee Bucks player in the team franchise history to do so.

During the 2018-2019, Antetokounmpo was named NBA Most Valuable Player and led the Bucks to the Eastern Conference Finals losing in six games to the Toronto Raptors. During the 2019-2020 NBA Season, Antetokounmpo was awarded his second NBA Most Valuable Player award and Defense Player of the Year Award that same season. He joined Hakeem Olajuwon and Michael Jordan as the only players to win both Most Valuable Player and Defense Player of the Year Award the same season. He is also joined Kareem Abdul Jabbar and Lebron James to win back-to-back MVP Awards before turning 26. Antetokounmpo and Bucks lost to the Miami (Florida) Heat in five games in the Eastern Conference Semi-Finals.

During his time playing with the Bucks, Antetokounmpo has been a two-time NBA Most Valuable Player, Five NBA All-Star, NBA All-Star Game MVP, NBA Defensive Player of the Year, and NBA Most Improved Player. Antetokounmpo’s best NBA career came during the 2020-2021 NBA season when he won a NBA Championship with the Bucks against the Phoenix (Arizona) Suns in six games which was the team’s first championship in 50 years. Antetokounmpo is an active NBA player as of 2021. He and his girlfriend, Mariah Riddlesprigger, have one child together named Liam Charles.