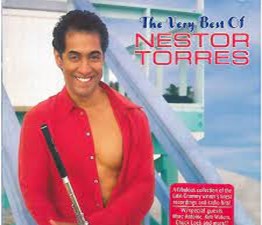 Virtuoso technician Classical, jazz, composer Nestor Miguel Torres was born on April 25, 1957, in Mayagüez, Puerto Rico, to Nestor Torres Sr., pianist and vibraphone, and Ana E. Salcedo Baldovino-Torres. His first percussion and piano teacher was his father. However, Torres, skipping two grades, began flute studies at La Escuela Libre De Música Ernesto Ramos Antonini de Mayagüez at 12 and began studies at Interamerican University, PR. In addition, he took classes at the New England Conservatory of Music in Boston. He received a Bachelor of Music degree, however, from Berklee College of Music, Boston, Massachusetts, in 1973 at the age of 16. In 1977, Torres received an Artist Diploma from Mannes School of Music in New York City.

In 1991, Torres performed with the Florida Philharmonic Orchestra and the New World Symphony. Three years later in 1994 he appeared in Cachao: Como su ritmo no hay dos (Cachao: No Rhythm Like His), a documentary about the musician’s life. Torres also released the album, Burning Whispers, which sold more than 50,000 copies in 1995.

In 2007, Torres played at the World Music Concert during One World Week at the University of Warwick in Warwickshire, England. At the 51st Annual Grammy Awards in 2008, Torres was nominated for “Best Latin Jazz Album Nouveau Latino.

In 2009, Torres played at the Herbst Theatre in the San Francisco Civic Center where he performed “Tango Meets Jazz.” He also performed at the 21st Central American and Caribbean Games in Mayagüez, Puerto and presented his composition “Saint Peter’s Prayer” for the Dalai Lama at Miami Beach’s Temple Emanu-El in 2010. That same year, Torres became the founding director of the Florida International University’s first charanga ensemble, made up of winds, strings, and percussion instruments used to perform traditional and modern versions of folk music from Caribbean and especially Cuba.

In 2014, Torres premiered his composition “Successors” for the concert, “Voices of the Future ” performed with the Miami Children’s Chorus at the New World Center on Miami Beach. In 2017, he released his first album of Latin American classical flute music, Del Caribe, Soy!