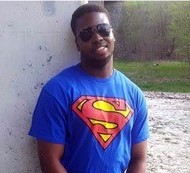 Clive Mensah died at the hands of police in his own back yard in Mississauga, Ontario, a city west of Toronto, on Nov. 20, 2019. In March 2021, the Ontario police watchdog unit ruled there would be no criminal charges against the officers involved in his death. The unit’s report concluded that, while the officers applied “significant force” against the unarmed, mentally ill Black man, it was “not unlawful.” That force included hitting him with six electric shocks from Tasers and spraying him with pepper spray, after he had obeyed their orders to lie face down.

Mensah was born in Scarborough, Ontario, in 1989, but spent much of his childhood in his parents’ home country of Ghana, where he pursued interests in music and basketball. Returning to Canada at age 18, he worked at grocery stores and as a warehouse forklift driver. In 2014 Mensah experienced several psychotic episodes and a psychiatrist diagnosed him with possible schizophrenia.

Drawing on an interview with the Peel Regional Police officer who arrived first the night Mensah died, the postmortem report indicates Mensah was walking on a sidewalk by his home in the early hours of Nov. 20, 2019. The officer, responding to calls by neighbors about a man causing a disturbance, found Mensah “flailing his arms and making unintelligible noises.” The officer had thought it was clear from Mensah’s behavior that he needed help but did not summon a 24-hour crisis response team; such teams pair a plainclothes officer with a mental health official. Two other police officers arrived, and the three followed Mensah into his backyard.

Mensah complied with their orders to lie down but after his arms flailed when told to put them behind his back, one officer fired a Taser at him. The report said Mensah got up and advanced toward them. Again an officer fired a Taser at him, after which Mensah fell face down to the ground and went rigid but was still “aggressive and combative.” The officers moved to restrain him, again fired a Taser at him, sprayed pepper spray toward the back of his head, and handcuffed him. He became unresponsive. By the time another officer arrived, he found Mensah face down with foam coming from his mouth and no pulse, and the officer began life-saving measures until paramedics arrived, at which point a fifth officer arrived and removed his handcuffs. During this time, Mensah never spoke. A hospital report noted that paramedics were delayed in reaching the stricken man because police cruisers blocked the roadway. Less than an hour passed from the time police were first called at 3:15 a.m. and when Mensah was pronounced dead at the hospital shortly after 4 a.m.

Two of the three officers involved in Mensah’s death refused to speak with investigators from the Ontario Special Investigations Unit (SIU), whose role is to determine whether there has been police wrongdoing. SIU cannot legally compel officers to speak to investigators or turn over their notes.

Mensah’s only family in Canada, his uncles William Owusu and Stephen Boakye, said they’ve never heard from Peel police about Mensah’s death and never received an apology. They waited nearly 18 months for the SIU’s report and “now, we see no one will be held accountable.”