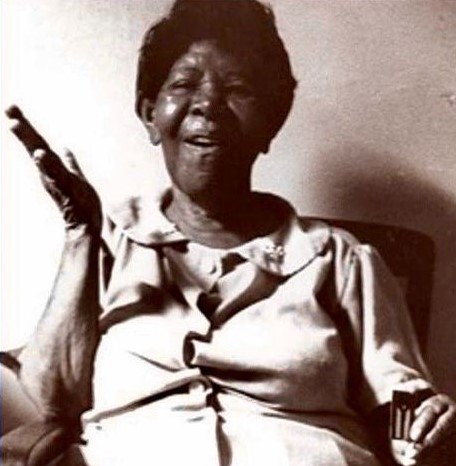 Dominga de la Cruz-Becerril, socialist, lecturer, poet, and declamadora, was born April 22, 1909 in Bueno Aires, Ponce, Puerto Rico (PR) to Catalina Becerril of Fajardo and Domingo Clarillo Cruz of Ponce. Reared in Mayagüez, both parents and godparents died while she was a pre-teen. Cruz’s schooling ceased at the fourth grade but godmother Isabel Mota-Ramery exposed her to piano and poetry before her death.

Cruz moved to San Juan in 1940 in hopes of escaping political repression, but to no avail. In 1942, Cruz studied in Cuba while working as a domestic. She returned to Puerto Rico 1944, only to depart to Mexico with the help of Laura Meneses Carpio and PR Communist Party secretary-general Ramón Mirabal Carrion. She attended the Workers’ University of Mexico led by Marxist Vicente Lombardo Toledano, where she befriended Fidel Castro and Ché Guevara in 1955-1956.

In 1961, the new Cuban government led by Fidel Castro invited Cruz to teach revolutionary poetry to workers in Cuba. Two years later, a heart attack struck after she joined the Federation of Cuban Women brigade to cut sugarcane. The Soviet Women’s Committee financed her expenses to Moscow, the Union of Soviet Socialist Republics (now Russia) where she visited the Kremlin, Lenin’s tomb, and spoke on Puerto Rican history, Albizu, the island’s independence struggle, and the Ponce Massacre. Cruz’s treatment in the USSR was “like a queen” according to Puerto Rican socialist Juan Antonio Corretjer Montes. Her deteriorating health, however, resulted in hospitalization and she travel to Prague, Czechoslovakia for additional treatment.

Returning to Cuba, Cruz-Becerril worked for several years, suffered another heart attack, and retired with a government pension. In the 1970s, she lived in Havana’s prominent Vedado neighborhood and in 1976 visited PR hoping to stay. Disheartened by extensive commercialization and capital exploitation, Cruz soon returned to Cuba.