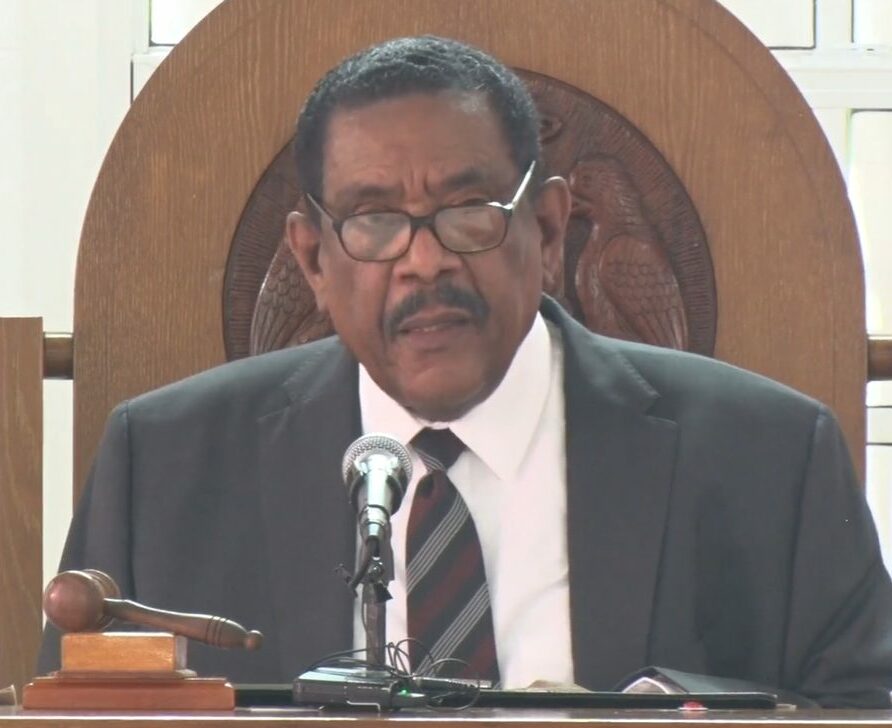 Charles Angelo Savarin is a former Member of Parliament and current President of the Commonwealth of Dominica. Savarin was a Senator in Parliament during the interim government (1979-1980), during the first term of Dame Eugenia Charles’s Administration when the Dominica Freedom Party (1980-1985) had the parliamentary majority, and during the Dominica Labour Party government (2005-2013).

Savarin was born on October 2, 1943, in the town of Portsmouth in the Commonwealth of Dominica. He attended St. John’s School in Portsmouth, Dominica Grammar School in Roseau, and Ruskin University in Oxford, United Kingdom. He completed professional training in industrial relations in London, development studies in Oxford, United Kingdom, and international relations in Berlin, Germany.

In 1980 Savarin was appointed chairman of the Committee for National Salvation (CNS). This body, made up of prominent members of Dominican society, was tasked with overseeing the transition to an interim government after the fall of the short-lived Jenner B. M. Armour Administration. Savarin ran for President for the Dominica Freedom Party (DFP) in the 1980 general elections but was defeated in the run-off by Mike Douglas.

In 1983, Savarin was appointed Minister without Portfolio in the Prime Minister’s Office, with special responsibility for trade, industry, and tourism. In 1986, Savarin was appointed Ambassador and Permanent Representative to the European Union. This role ended in 1993 when he returned to Dominica to become Director-General of the National Development Corporation (NDC).

When Dame Eugenia Charles decided to retire from politics, Savarin ran for the chairmanship of the Dominica Freedom Party and lost to Brian Alleyne. When Brian Alleyne stepped down as DFP leader and Leader of the Opposition in 1996, Savarin ran again for the party chairmanship. On 20 April 1996, Savarin received 86 out of 107 votes at the party’s general council. He was the leader of the DFP until 2007 when growing criticism of his leadership forced him to resign.

Savarin was elected to the Dominica parliament in 1996, representing Roseau, the capital city of Dominica. In the 2000 general election, he was re-elected as MP for Roseau, this time by a much smaller margin. Savarin entered into a coalition agreement with the Dominica Labour Party led by Roosie Douglas and was appointed Minister of Tourism. After Douglas died some eight months later, Pierre Charles was appointed Prime Minister. He added responsibility for enterprise development and public service to Savarin’s portfolio.

After the death of Pierre Charles on January 6, 2004, Savarin remained in office as Minister of Tourism. The Freedom Party continued to lose ground and did not win a single seat in the May 2005 parliamentary elections. However, Savarin was rewarded for his loyalty to the coalition and appointed Minister of Foreign Affairs, Trade, and Labour. In a cabinet reshuffle in 2008, Savarin was appointed Minister of Public Utilities, Ports, and the Civil Service.

Charles Savarin was elected President of Dominica in 2013 and took office on October 2 of that year. Now President for nearly nine years, he was the second longest-serving incumbent in the island nation’s 44-year history after Clarence Seignoret who held the post from December 1983 to October 1993.

Charles Savarin is married to Clara Savarin (née Etienne) and they have five children together.