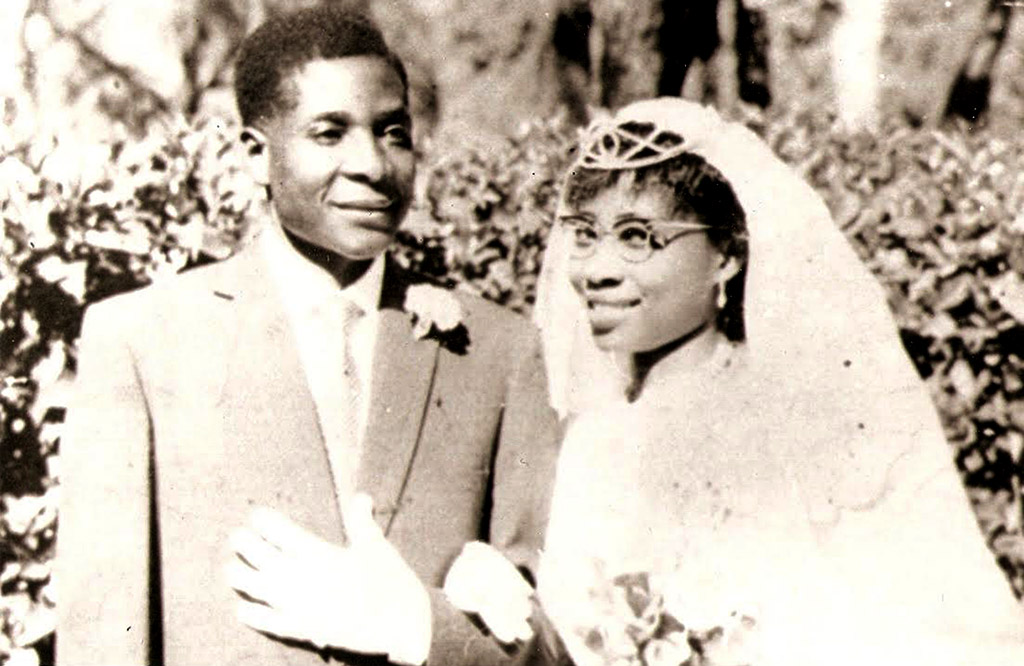 Robert Mugabe led Zimbabwe from its independence in 1980 until he was forced to step down in 2017. He remained in power through his tight control of the government bureaucracy and the armed forces.

Robert Mugabe was born on February 21, 1924, at Katuma Jesuit Mission in Southern Rhodesia to a carpenter father and devoutly Catholic mother. In 1934, Mugabe’s father, Gabriel Mugabe, deserted his family leaving them in poverty; Mugabe did not see him for another ten years. While living at the mission, Mugabe was educated and earned his primary school teaching certification in 1941.

In 1949, Mugabe received a scholarship to the all-black college at Fort Hare in South Africa‘s Cape Province, where he met other future African leaders such as Julius Nyerere and Kenneth Kaunda. By the time of his graduation in 1951 with a bachelor’s degree in history and English, Mugabe had already become fascinated with politics and joined South Africa’s African National Congress (ANC). Mugabe taught in Northern Rhodesia between 1955 and 1958 and later in Ghana (1958-1960) before returning home to Southern Rhodesia in 1960.

Mugabe joined the National Democratic Party, an anti-colonial political group that was banned in 1963 when it became the Zimbabwe African People’s Union (ZAPU) under Joshua Nkomo and demanded an end to colonial rule. Mugabe then joined the rival Zimbabwe African National Union (ZANU) led by Rev. Ndabaningi Sithole which also called for independence and was subsequently banned.

In 1964, Mugabe was arrested for subversive speech and spent the next 11 years in a Salisbury prison. In 1972, while still in prison, Mugabe was elected to lead ZANU. He emerged from prison in 1975 as the most powerful independence leader in Rhodesia. When Ian Smith, the Prime Minister of Rhodesia, made no power-sharing concessions to the black majority, Mugabe and other leaders began a guerrilla war against the Smith regime.

On March 3, 1978, Smith negotiated with Bishop Abel Muzorewa, Ndabaningi Sithole, and other moderate leaders, reaching an accord that allowed the first open elections. Mugabe and Joshua Nkomo, who were both waging separate guerilla wars, refused to participate in the elections and continued their fight against the government. Ominously, Mugabe and Nkomo’s forces often fought each other even as they tried to overthrow the Smith government.

Finally, in February 1980, a cease-fire was negotiated. Smith, Mugabe, and Nkomo agreed to a new constitution for the new Republic of Zimbabwe. On March 4, 1980, the first all-race election was held in Zimbabwe. Mugabe’s ZANU won 57 of 80 seats in the new parliament with twenty designated “white seats” all going to Ian Smith’s Rhodesian Front Party.

Once in office, Mugabe began moving to consolidate his power. He fired Joshua Nkomo from his cabinet, initiating a new guerrilla war between 1982 and 1985. Mugabe’s forces crushed his opponents and generated the first charges of genocide with an estimated 20,000 civilians dying in the fighting. Mugabe also moved against the Rhodesian Front, seizing the farms of opponents and dividing the lands among his followers.

Although the first decade of Mugabe’s rule led to better nutrition and less poverty among the African majority, by the early 1990s, as his economic policies hurt the general population and increased the potential for political opposition, he increasingly turned to repressive measures to control the nation.

In 1998 and 2000, riots over food shortages and high prices on government-controlled commodities broke out in major Zimbabwean cities. By this point, opposition to Mugabe was growing both within Zimbabwe and around the world. With the army and police remaining loyal and having developed a political system that rewarded his most loyal followers, Mugabe managed to maintain control of the nation.

In the 2008 election, Robert Mugabe lost political support to his opponent Morgan Tsvangirai. In the mandatory run-off, Mugabe won the disputed and violent election. Under international pressure, Mugabe and Tsvangirai formed a united government where Mugabe remained as president and Tsvangirai held the position of prime minister. Although Mugabe was re-elected in 2013, his political party (ZANU-PF) forced him to step down in 2017 when he seemed poised to appoint his second wife Grace as his successor.

Robert Mugabe died on September 6, 2019, in Singapore, where he was receiving medical treatment. He was 95. His first wife, Sally Hayfron, died in 1992. He is survived by his second wife Grace; a daughter, Bona; two sons, Robert Jr. and Bellarmine Chatunga; and a stepson, Russell Goreraza.