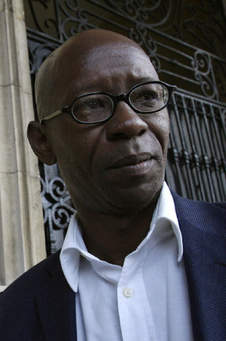 Dr. Manuel Cuesta Morúa is a Cuban dissident leader, a scholar, and a political activist. He was born on December 31, 1962 in Havana, Cuba where he is still based. He claims ancestry from Martín Morúa Delgado, an Afrocuban leader and first black Cuban senator, on his mother’s side, Mercedes Morúa.

Morúa graduated from the University of Havana in 1986 with a degree in history and a specialty in contemporary Asian history. For his post-graduate studies, he studied politics, economics, international relations, and anthropology. From 1988 to 1991, he worked in the House of Africa of the Museum of the Historian in Old Havana. He was expelled for his political ideals.

The year 1991 was the beginning of Morúa’s career as a political activist. He joined the Socialist Democratic Current, a Cuban dissident movement. From 1993 to 1996, he worked as part of the Human Rights and National Reconciliation Commission, the most distinguished civil rights organizations within Cuba, until he was elected Secretary General of the SDC.  Morúa has also been involved with several organizations and actions set on democratization and activism including the Reflection Table of the Moderate Opposition in 1998; the Progressive Arc in 2002 which advocated reduction of armed forces and a socioeconomic restructuring; the Constitutional Consensus Project which garnered 35,000 signatures in favor of a Cuban constitution and state restructuring; and the Citizens Committee for Racial Integration which opposed racist police behavior. In 2016, Morúa was named the recipient of the Ion Ratiu Democracy Award, intent on bringing recognition to democracy activists and he was among the group of Cuban dissidents who met with President Barack Obama at the U.S. Embassy in Havana in 2016.

Morúa has been arrested several times for his activism and bold opposition. On January 26, 2014 he was detained for four days for acting against international peace by spreading false news, and was not allowed to attend a meeting of the Congress of the Latin American Studies Association (LASA) in Chicago, Illinois. In March, 2014, he and his family were threatened with eviction after his wife lost her job as a professor due to his political activities. In 2015 he was prohibited from leaving Cuba for several months on charges of spreading false news against the state and on January 28, 2017 he was arrested by state security for inciting disorder.

As of February 2018, Morúa is working with other activists and organizations, including the Socialist Democratic Current which he still leads and the Unity Roundtable for Democratic Action international coalition, on Plataforma Ciudadana #Otro18. Citizen Platform #Other18, a citizen-activist project that demands new electoral reform, laws, political parties, and democracy in Cuba.  Morúa is married to Gloria Llopis Prendes and the couple have two daughters, Gloria and Amanda.