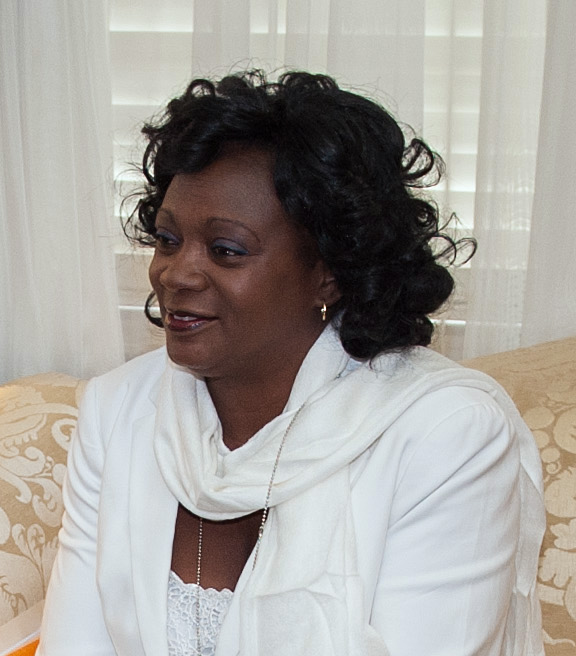 Berta de los Angeles Soler Fernandez is a Cuban dissident and activist. She is the co-founder and current leader of Ladies in White, or Damas de Blanco, an all-female organization of the wives and female relatives of political prisoners. Soler was born July 31, 1963 in Matanzas, Cuba. She studied microbiology and worked as a hospital technician for 25 years until leaving in September, 2012 due to harassment by la Seguridad del Estado, the State Security police. She and her two sons, Lienys and Luis Angel, live in the Alamar-Playa district of Havana, Cuba.  Her husband, Angel Moya Acosta, lived with the family there before he was exiled from the city in 2000 for 10 years, a decision overturned thanks to Berta’s efforts.

The Ladies in White is an internationally acclaimed peaceful movement which advocates for the release of prisoners and political reform in Cuba. In March 2003, Cuban authorities arrested 75 nonviolent dissidents, including Angel Moya, during an unprecedented crackdown called the Black Spring. Moya was sentenced to 20 years in jail and others had even longer sentences. In response Damas de Blanco united; every Sunday the women dressed in white, carried pink gladiolas, and meet for mass at Havana’s Santa Rita church. Afterwards they marched down Havana’s Fifth avenue protesting the treatment of their loved ones.

In October 2004, the organization campaigned in Havana’s Plaza de la Revolución outside of Fidel Castro’s office for the release of Moya. Berta wrote to Castro demanding the release of her husband so that he could receive an operation for his discal hernia.  Five women, including Berta, waited in the square for 48 hours until police officers physically removed them at 3:00 a.m. The same day she was notified that the government had conceded and her husband was transferred to Carlos Finlay hospital for his operation. For their heroic activism in the face of threats and police pressure, Berta and the Ladies in White were awarded Sakharov Prize for Freedom of Thought from the European Union (EU) but were not allowed passports to leave the country to accept it.

By 2011, the Black Spring dissidents, including Angel Moya, were finally released. The same year Berta Soler assumed leadership of the Ladies in White after the death of Laura Pollán, the former leader and co-founder. In 2013, Soler was finally able to lead a group, including Pollán’s daughter, Laura Labrada, to accept the Sakharov Prize in Brussels, Belgium before the European Parliament.

On December 6, 2015, Soler organized a demonstration called “Todos Marchamos” (We All March), involving 330 human rights activists in Havana.  All of them were arrested. A year later, on December 15, 2016, Soler and several other Ladies in White, were arrested by the National Revolutionary Police, held without water or food, and released nine hours after their arrest. Some were held longer; all were detained without any notice to their families or the organization.

Berta Soler continues to peacefully fight for relief against oppression by the government and police, for civil rights with the Ladies in White, and for a safe and democratic Cuba.